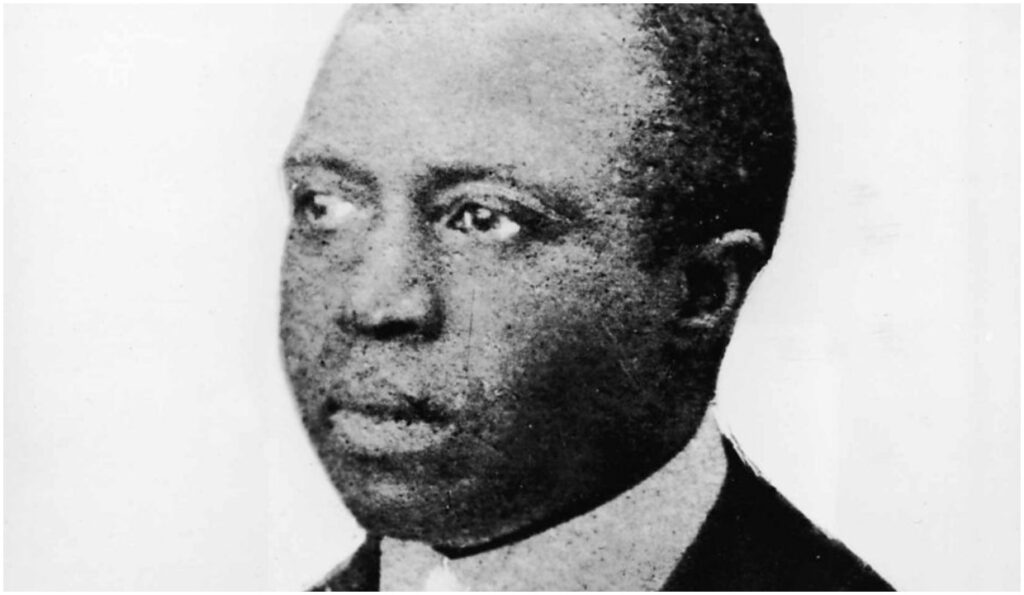 On November 24, we celebrated the 152nd birthday of the King of Ragtime, Scott Joplin. Ragtime was a modification of the popular march style with a syncopated rhythm that gave voice to the Black American experience at the turn of the 20th-century. With his sophistication and wide range of influences, Joplin seemed to do it better than just about everybody else. Despite this, for a long time, he had been forgotten. The 1972 film, The Sting, helped revive his reputation, as Marvin Hamlisch’s adaptation of one of his most popular rags, 1902’s “The Entertainer,” was used in the film and became an international hit. Since then, Joplin has become a celebrated figure of the American music canon.