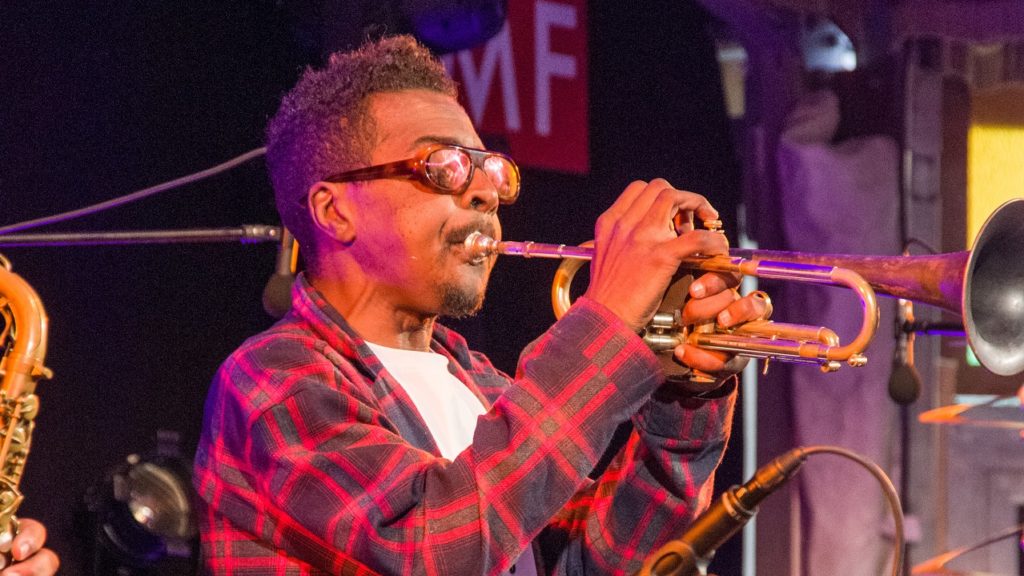 Trumpeter Roy Hargrove, who was born on this day (October 16) in Waco, Texas, in 1969, was an early participant in the growing conversation between jazz, hip-hop, contemporary R&B and neo-soul. A standout trumpet player in his youth, Hargrove was discovered while still in high school by trumpet kingmaker Wynton Marsalis, who asked the young horn player to join him on tour. Hargrove went on to build a wildly successful career in jazz, recording numerous albums that showed off his muscular technique, full-bodied tone and melodic accessibility. But his biggest claim to fame was as a bridge-builder between jazz and hip-hop, genres that he saw as virtually inseparable.

To that end, his playing has appeared on albums by hip-hop royalty, including rapper Common (Like Water for Chocolate) and vocalist D’Angelo (Voodoo). His 2008 disc Earfood was met with critical and popular acclaim for its smooth, coherent mix of genres and grooves. The eternally funky “Strasbourg/St. Denis,” a standout from that disc, positively simmers a groove-based intensity, and Hargrove cuts loose with a trenchant solo that tells an entire story in just a few words. Hargrove died in November 2018 at the age of 49. His is a musical voice that will be sorely missed.