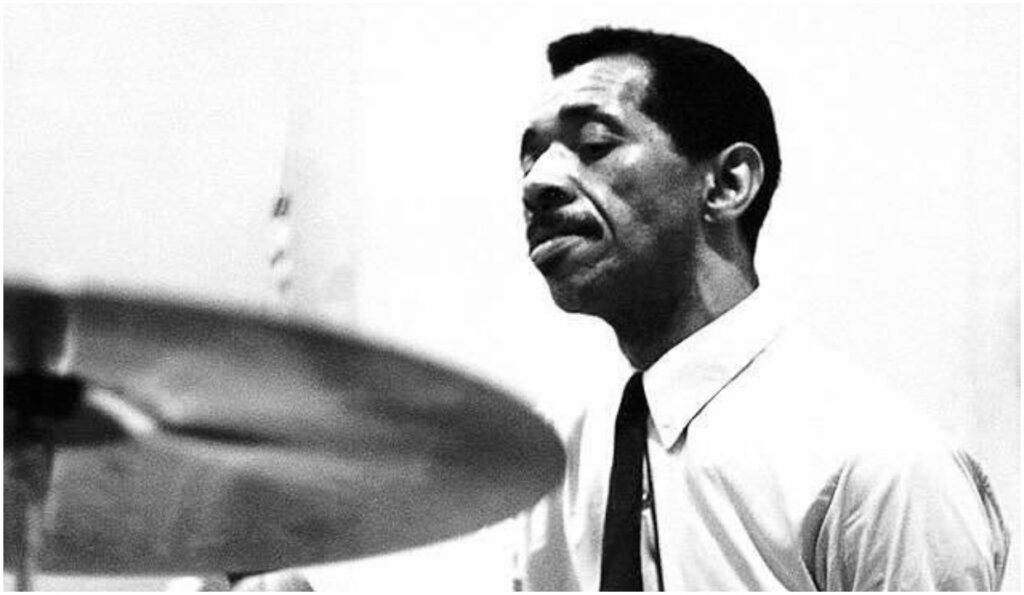 “Philly” Joe Jones was one of the major percussionists of the bop era, as well as one of the most recorded of the period. Known as the drummer for the first “Great” Miles Davis Quintet, Jones also recorded a number of notable albums as a leader. One of these was 1960’s Philly Joe’s Beat for Atlantic Records. The LP finds him leading a quintet of his own, with Mike Downs on cornet, Bill Barron on tenor saxophone, Walter Davis, Jr. on piano and Paul Chambers on bass.. It opens with a stellar version of Dizzy Gillespie’s signature classic, “Salt Peanuts.” This version rivals that he had recorded with the Miles Davis Quintet in 1956 for Steamin’ in vivaciousness and that includes a show-stealing drum solo by Jones near the end.

Song of the Day: Philly Joe Jones – “Blues for Dracula”

Song of the Day: Miles Davis and John Coltrane – “Round Midnight”