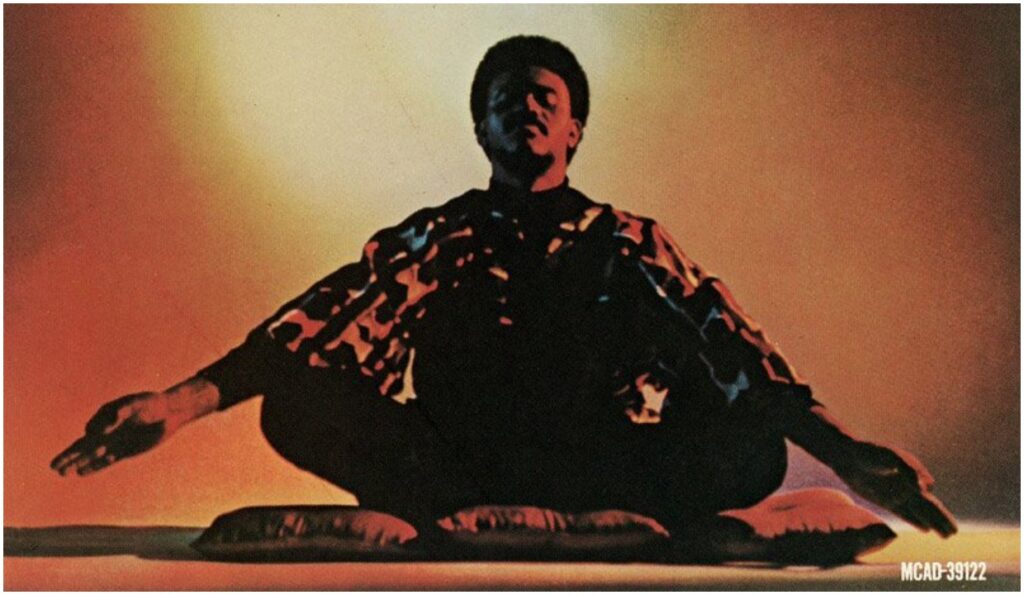 Saxophonist Pharoah Sanders propelled the age of spiritual jazz forward with his third album as a leader. Karma was released in 1969 via Impulse! The recording featured his strongest band up to that point, as well as one of his signature tunes. “The Creator Has a Master Plan” is built around an eight-note cycle, a prayer-like structure that recalls the pursuits of his former mentor and collaborator John Coltrane. However, it is also a clear culmination of Sanders’ own artistic and philosophical journey that, at half an hour in length, takes up most of Karma but also feels like a magnum opus and became a soul-jazz standard.