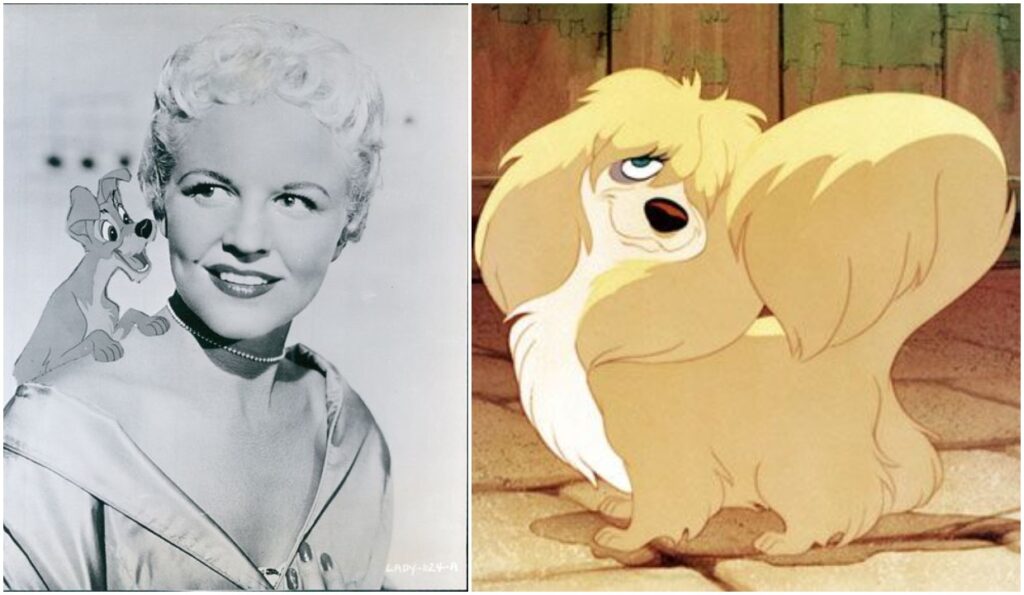 2020 marks the centennial anniversary of Peggy Lee’s birth. The great singer/songwriter was, in fact, born on May 26, 1920. Lee had one of the most recognizable voices of her generation. Her interpretive skills were such that she also left an indelible mark on the world of film and voice acting. For example, her considerable contribution to Disney’s 1955 animated feature classic Lady and the Tramp is quite memorable.

Here, in addition to voicing four of the characters, she co-wrote six songs for the film with Sonny Burke. Of these, we remember “He’s a Tramp,” performed as the character of Peg and essentially recounting the tale of a somewhat toxic relationship. The song made the American Film Institute’s AFI’s 100 Years… 100 Songs list of top 100 songs in American cinema of the 20th century.