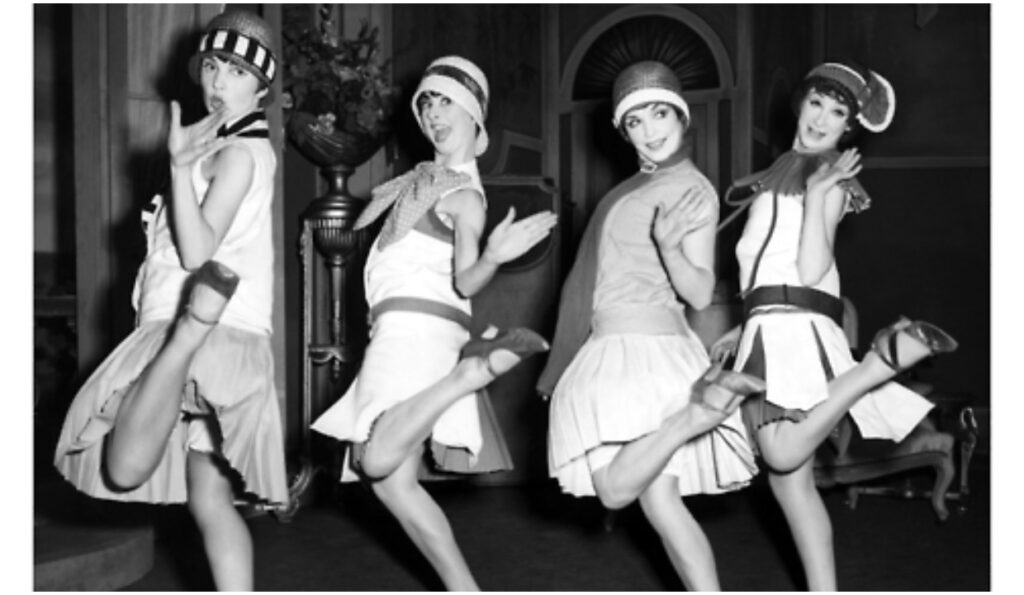 The Charleston was the most popular dance of the Roaring Twenties. It was defined by a wild flailing of arms and legs, and exaggerated and comedic facial expressions. Women who danced it were called flappers, as their movements recalled those of birds. The origins of the dance were distinctly black, integrating such steps as the “cakewalk” that meant to mock plantation owners. In the ’20s, it remained banned in the more “respectable” of places due to its sexual charge. Yet, the ban seems to have made it all the more popular and the Charleston came to characterize the time.

The jazz music of the time kept the dance fast and energetic, which is why the period is also known as the Jazz Age. It was “Charleston,” a 1923 composition by piano stride innovator James P. Johnson, that popularized the dance of the same name. The song, inspired by the music of South Carolina dockworkers, was picked up by every bandleader across the United States, including Paul Whiteman, whose orchestra was the most popular of the Jazz Age. His 1925 version of “Charleston” for Victor is the quintessential Charleston song. However, Whiteman’s legacy is problematic and he is viewed as a white usurper, particularly frowned upon for calling himself “The King of Jazz,” a term that undermined the black origins of the music.