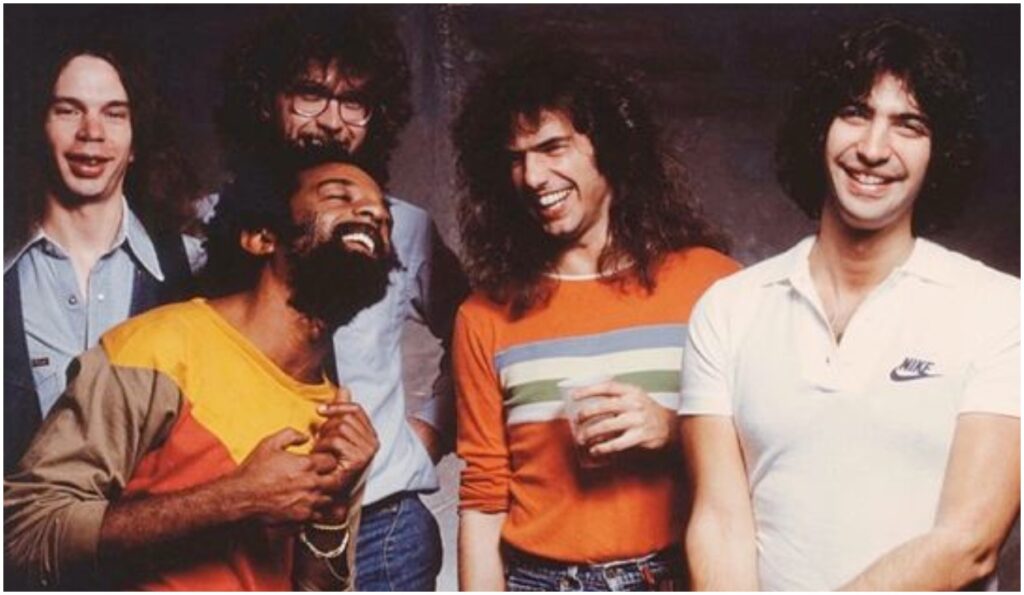 1982’s Offramp has come to be recognized as the epitome of the Pat Metheny Group’s distinctive style of contemporary jazz fusion. The album is defined by its strong aesthetic sensibilities and a profound awareness of space. Its second track, “Are You Going With Me?” is particularly transportive and inspired by Latin American music. It also testifies to the fruitful creative partnership between Pat Metheny and keyboardist Lyle Mays, who wrote the piece together. Here, they delve deeper into abstraction and really take advantage of some then-new techniques and instruments. These included Metheny’s guitar synthesizer, a Roland GR-300, which he used for the first time during this session and that he would become a foremost interpreter of over the following years.