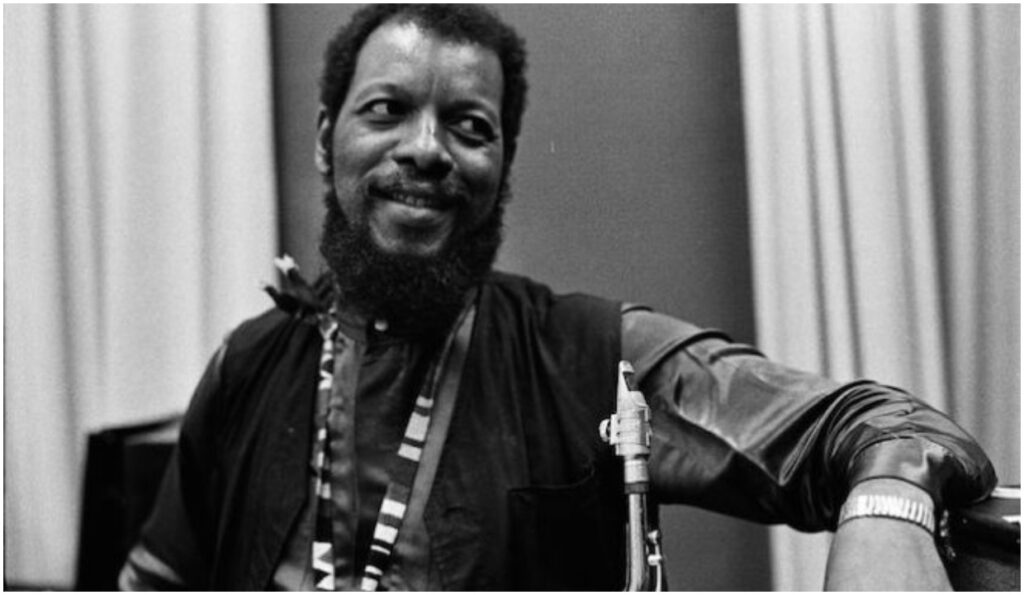 Saxophonist/composer Ornette Coleman is, in the eyes and ears of many, the celebrated pioneer of free jazz par excellence. “Theme from a Symphony (Variation One)” opens his 1976 album Dancing in Your Head. It comes from a period during which Coleman was influenced by Moroccan music, especially heard here via his repetitive yet melodic sax parts. However, this track – which clocks in at just over a quarter of an hour – also expresses the saxophonist’s desire for a constant forward-motion of his sound. In this case, the propulsive power comes in no small part from the younger musicians of his Prime Time ensemble. They bring a funk element to the eclectic mix that appeals to one’s tribal instinct and makes it even makes it wildly terpsichorean.