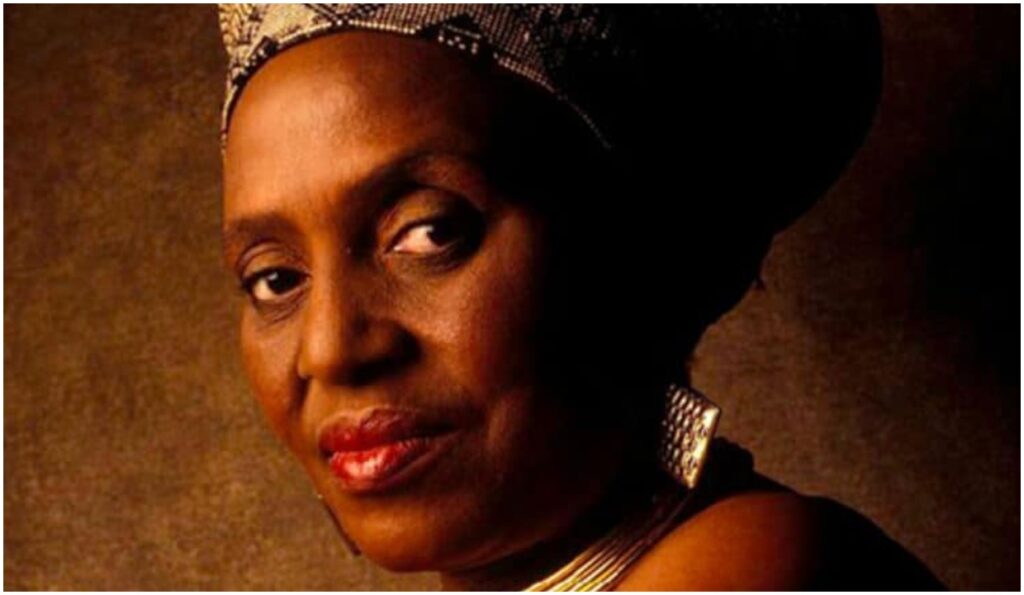 Miriam Makeba was born in 1932 in the segregated neighborhood of Prospect in Johannesburg during a time of economic depression. She endured great hardships in her early life but overcame them to flourish into a cultural ambassador for her country’s traditions.

She particularly gained international notoriety, including among the African American community, in the mid-’60s, upon the release of her signature song “Pata Pata,” almost a decade after its original recording. The song had been inspired by a popular style of dance that was popular in the shebeens of Johannesburg’s Townships at that time. It is considered a staple of Afro-pop and still widely covered to this day.

Makeba, also affectionately known as “Mama Afrika,” used her fame to speak about the horrors of apartheid in her native country, including via speeches to the United Nations. She was so outspoken that the South African government revoked her citizenship in 1960, which forced her to spend much of her life thereafter living as a citizen of the world.