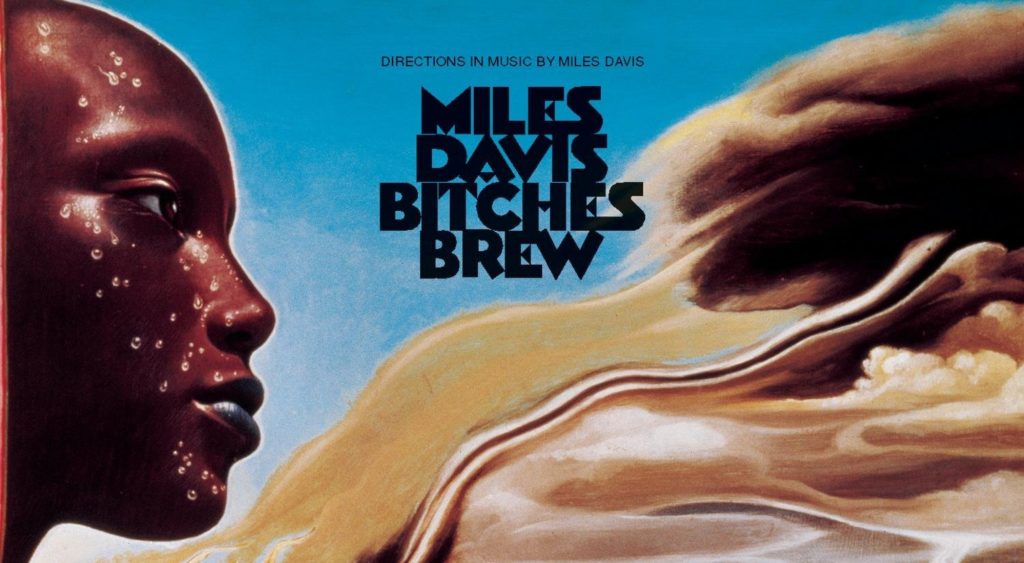 Miles Davis’ Bitches Brew, the album that set the legendary trumpeter on a course to fusion and changed the face of jazz in the 20th century, was released on this day (March 30) in 1970. Today marks its 50th anniversary. By the time Miles set out to record the Bitches Brew sessions, he had already begun experimenting with a form of hybrid music that fused jazz with rock, most notably on his previous albums In a Silent Way and Filles de Kilimanjaro. But Bitches represented his most aggressive shift toward the popular music of the 1960s, as well as his most outward embrace of electric instruments. To construct his utterly unique soundscape, Miles brought in some the most forward-thinking musicians of his day, including Wayne Shorter (saxophone), John McLaughlin (guitar), Chick Corea (electric piano), Herbie Hancock (electric piano), Joe Zawinul (electric piano and organ), Dave Holland (bass) and Tony Williams (drums).

Largely improvised, the album was recorded in loose, unstructured fragments, with Miles often shouting out instructions as the tape rolled. The resulting music was wild, sprawling and intense. It’s no wonder, then, that Bitches Brew was hugely divisive upon its release in the jazz community. Some listeners chastised the album for its blatant disregard of basic jazz rudiments, such as a sense of swing and acoustic instrumentation. Others regarded it as a bold new way forward in jazz. There’s no denying, however, that Bitches Brew remains one of the most important records in jazz history, if only for the lasting impact it has had on the shape of modern music. Today, countless musicians credit the album as one of the earliest and most integral seeds of jazz fusion. We invite you to celebrate 50 years of this seminal album by listening through its title track.