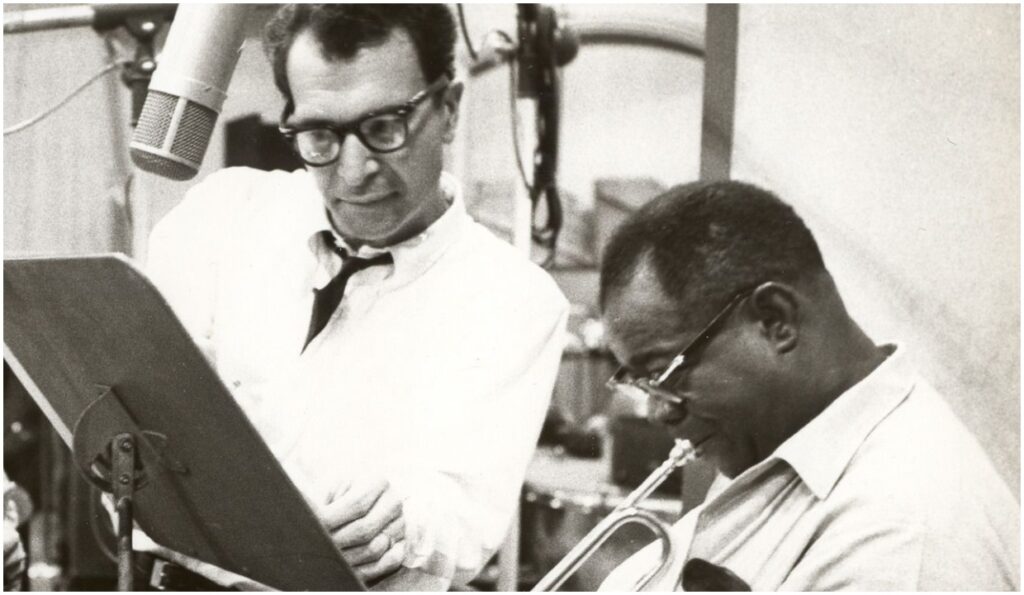 In the late ’50s and early ’60s, Dave Brubeck and Iola Brubeck developed The Real Ambassadors. This was a jazz musical that fired shots at the hypocrisy of the Jazz Ambassadors program, designed to improve the United States’ public image in light of criticism from other countries of racial inequality. Particularly inspired by and designed to star Louis Armstrong, the musical was recorded in the studio in 1961 and released a year later. An all-star version was performed live at the 1962 Monterey Jazz Festival and many have since lamented that it was not recorded. The reason? Brubeck did not have the $750 to record the performance and nobody recognized the event’s importance, in the midst of the Civil Rights Movement era. This version of “They Say I Look Like God,” a central moment of the musical, also stars Lambert, Hendricks & Ross.