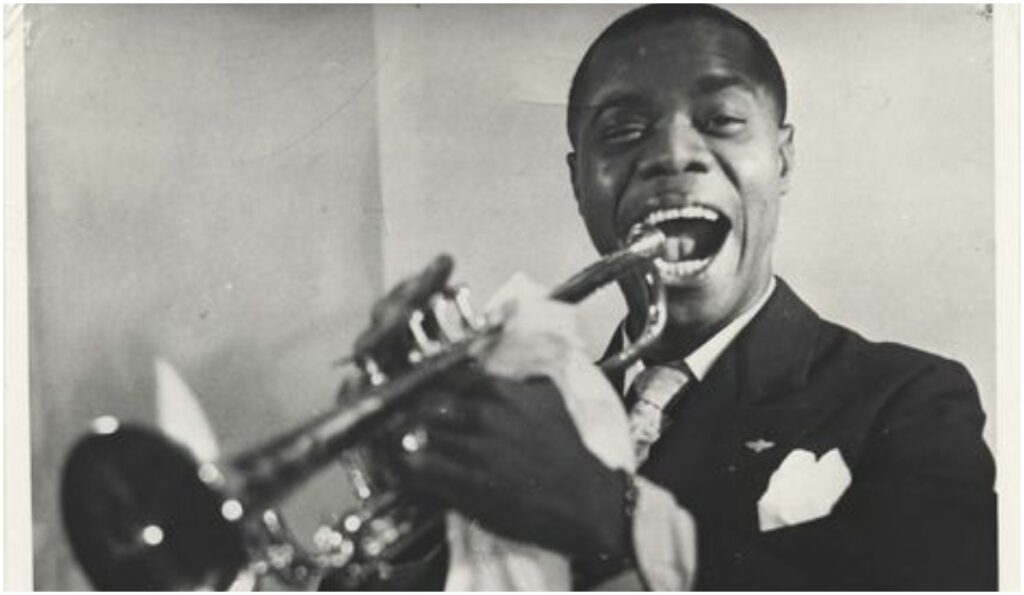 From the mid-1910s to the late 1920s, Chicago was the jazz capital of the world. During this time, jazz venues in the city flourished. The racially integrated Sunset Café, owned by Louis Armstrong manager Joe Glaser, was one of the most important of these venues and many greats developed their careers there. Armstrong himself became its main attraction, shortly after he began recorded his Hot Five records. He was also the star of their shows, which were staged and produced by a man named Percy Venable.

It was Venable who wrote an upbeat number titled “Big Butter and Egg Man” as a vehicle for vocalist Mae Alix. A 1926 recording of the song by Armstrong and His Hot Five with Alix is now known as one of his most celebrated moments. Satchmo biographer James Lincoln Collier writes: “The most important aspect of this solo, and indeed of Armstrong’s playing on the record as a whole, is the air of easy grace with which he carries the melody. He is utterly confident, utterly sure what he has to say is important and will be listened to.”