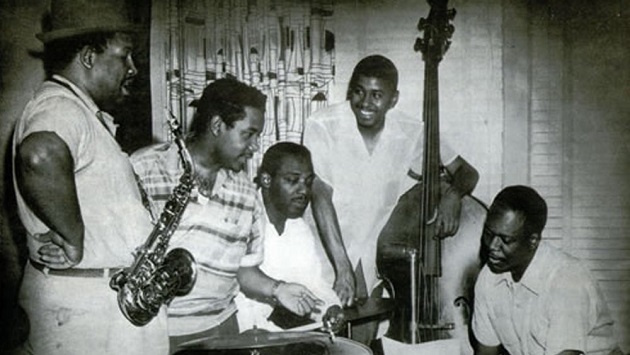 Bohemia After Dark, released on the Savoy label in 1955, marks one of the earliest recorded appearances of saxophonist Cannonball Adderley. It’s clear from the title track that, despite a heavy-hitting ensemble that includes leader Kenny Clarke on drums, Horace Silver on piano, Paul Chambers on bass and Donald Byrd and Nat Adderley on trumpet, it’s the young Cannonball who really steals the show.

The alto player’s solo is whip-smart, full of soul, melodious to the core, and pleasantly unpredictable — which is to say it’s representative of this jazz giant’s entire career. As urban legend had it, Cannonball never repeated a lick during a solo. Listen and decide for yourself!

REVIEW: Conrad Herwig, ‘The Latin Side of Horace Silver’ (Savant)