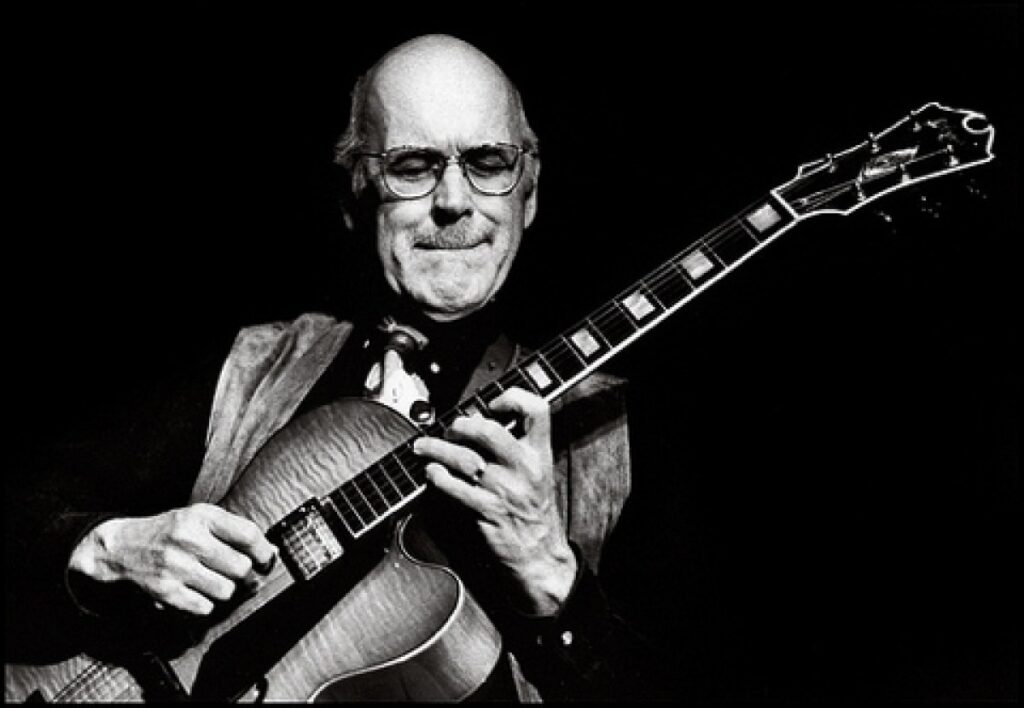 Jim Hall was born on this day (December 4) in Buffalo, New York, in 1930. The classically trained guitarist was known for his warm, glowing tone and sleek, taciturn style. He was often praised for his originality and his refusal to rely on musical patterns or preconceived ideas during his improvisations. You can hear those traits clearly in yoday’s Song of the Day, “You’d Be So Nice To Come Home To,” a cut off his 1975 album Concierto. In addition to Hall, the piece features Paul Desmond on sax, Chet Baker on trumpet, Ron Carter on bass, Steve Gadd on drums and Roland Hanna on keyboards.