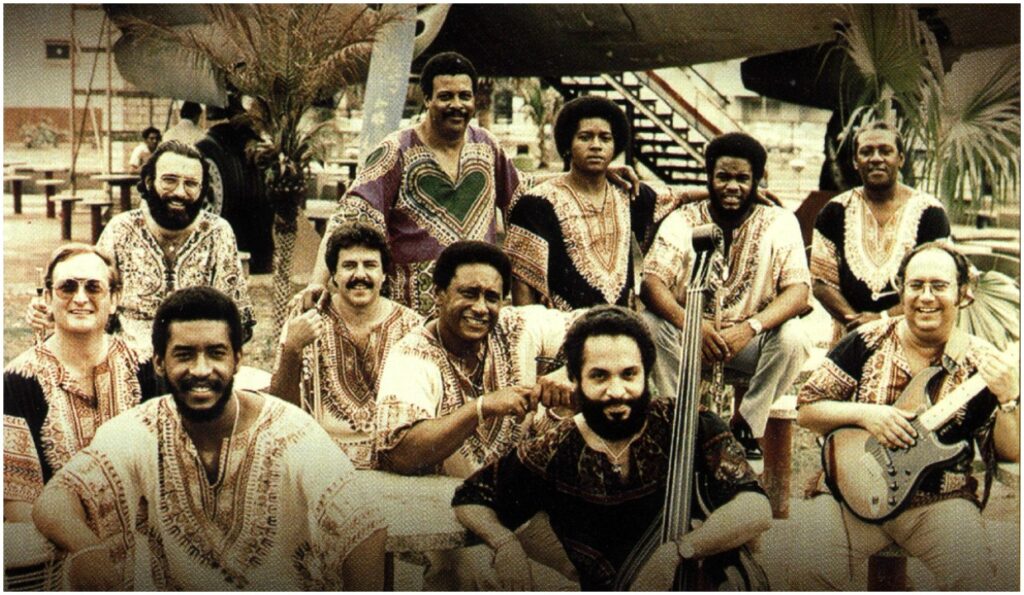 Irakere was a band founded by pianist Chucho Valdés in 1973 with such like-minded musicians a Paquito D’Rivera. Their name came from the Yoruba word for a sacred part of the forest holy drummers play. Together, they aimed to revolutionize Cuban popular music by mixing Afro-Cuban folkloric music with elements of American jazz and rock. “Bacalao Con Pan,” released in 1974, was their first big hit. Its title was charged with significance, as at the time there was little else the people of Havana could eat but “codfish and bread.” This was also the first song Irakere recorded with the batá – a percussive instrument typically used during religious services.