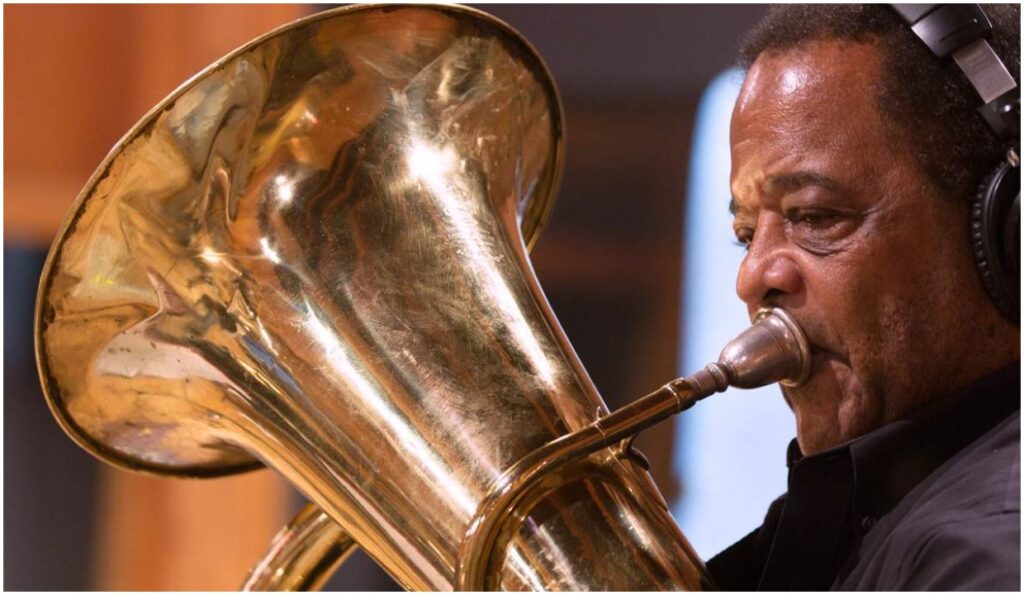 Trailblazing jazz musician and tuba innovator Howard Johnson passed away at the age of 79 on January 11, after a long illness. Throughout his career, he was a muse to such greats as Charles Mingus, Gil Evans and Carla Bley, appearing on the latter’s seminal 1971 LP, Escalator Over the Hill. In addition, he was also a founding member of the Saturday Night Live Band, collaborated with Taj Mahal in recent years and was a musical mainstay in New York’s jazz community for over 50 years.

Johnson expanded the possibilities of his instrument of choice at a time it had begun to be increasingly ignored. He also modernized the way the tuba was played and influences the way composers and arrangers integrated its sound in more modern styles, including jazz-rock and fusion. We remember him with one of his final recordings, the swinging “Testimony” from his 2017 album of the same name with Gravity, his tuba ensemble, featuring a stellar solo by Johnson himself. The Howard Johnson Tuba Jazz Program Fund has been established in honor of the legendary musician. Click here to donate via credit card.