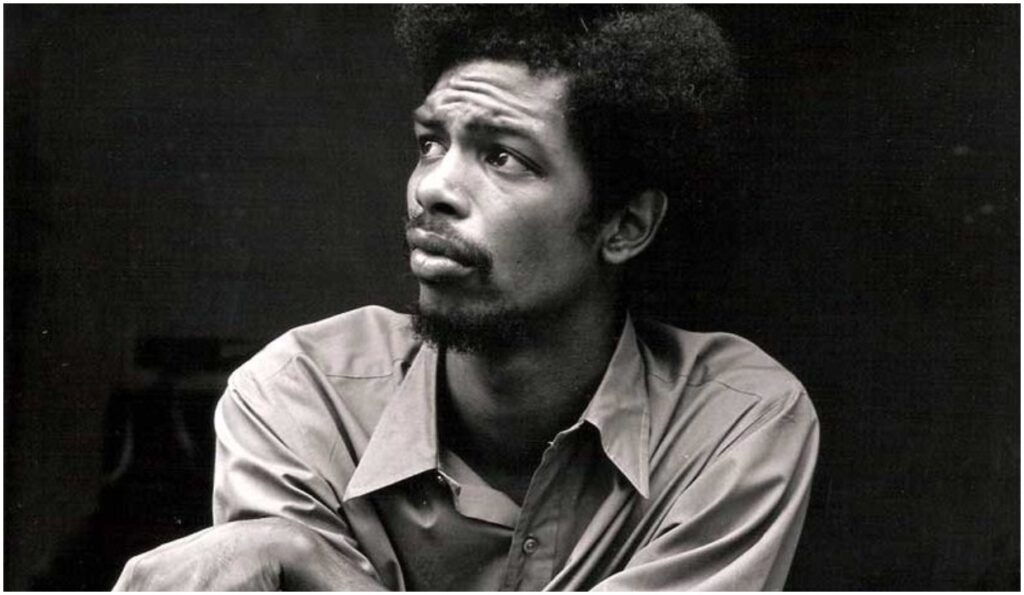 Gil Scott-Heron was 21-years-old when he penned his iconic and timeless signature song, “The Revolution Will Not Be Televised.” The song and poem first appeared on his 1970 live album, Small Talk at 125th and Lenox. A year later, he rearranged it alongside musical partner Brian Jackson into the opening track of his studio album debut, Pieces of a Man. Aside from being a powerful piece of socio-cultural commentary, this recording – a powerful spoken word performance over a funky groove – is said to have greatly influenced the development of hip-hop.

The song was titled after a 1960s Black Power slogan and written in response to The Last Poets’ own spoken-word piece from 1970, “When the Revolution Comes.” Its main subject is the lack of media coverage of African-American communities in the media. “A good poet feels what his community feels,” Scott-Heron explained. “He feels what the organism that he’s a part of feels. And one of the problems that our community was facing as a whole was the fact that we were being discriminated against and there was something that needed to be done.”