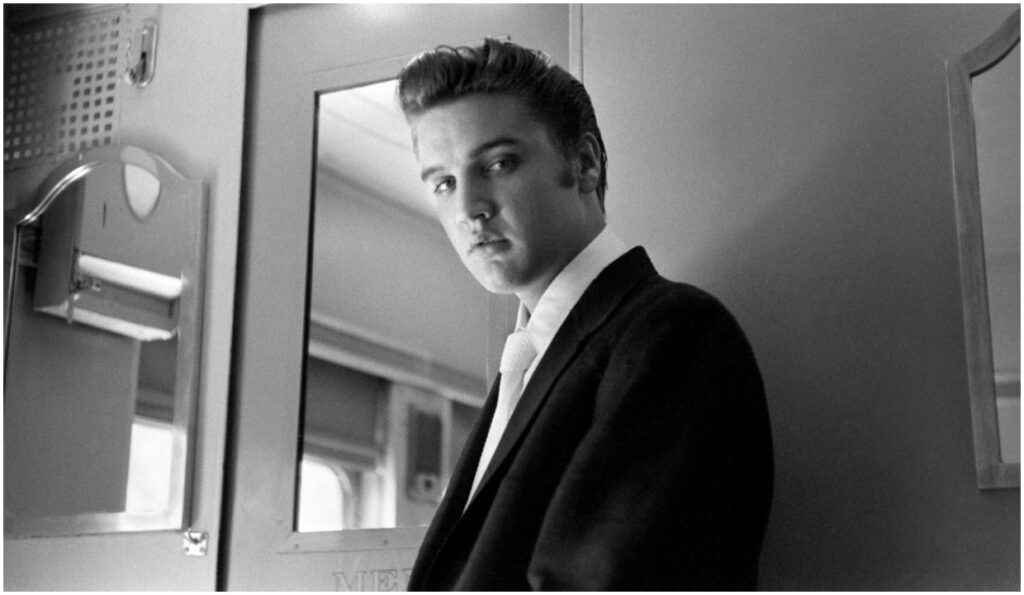 Despite his widespread reputation as the King of Rock and Roll, it is a well-known fact that Elvis Presley had a deep admiration of many kinds of music, including jazz. Throughout his career, he increasingly made use of jazzy arrangements complete with woodwinds and brass sections, and there were always numerous jazz musicians in his studio and live bands, particularly from the late ’60s onwards. It is also often surprising to spot evidence of jazz in some of his signature songs, including “Love Me Tender,” first recorded in 1956.

Adapted from an old sentimental American Civil War ballad named “Aura Lee,” “Love Me Tender” makes use of a jazz cliché, i.e. a stepwise line used to add movement and interest to a single, stationary chord. While Presley did not write the song, he was present during the songwriting session and directed it, as he often did. Ken Darby, the lyricist of the song, recalled that he “adjusted the music and the lyrics to his own particular presentation … He has perfect judgment of what is right for him.”