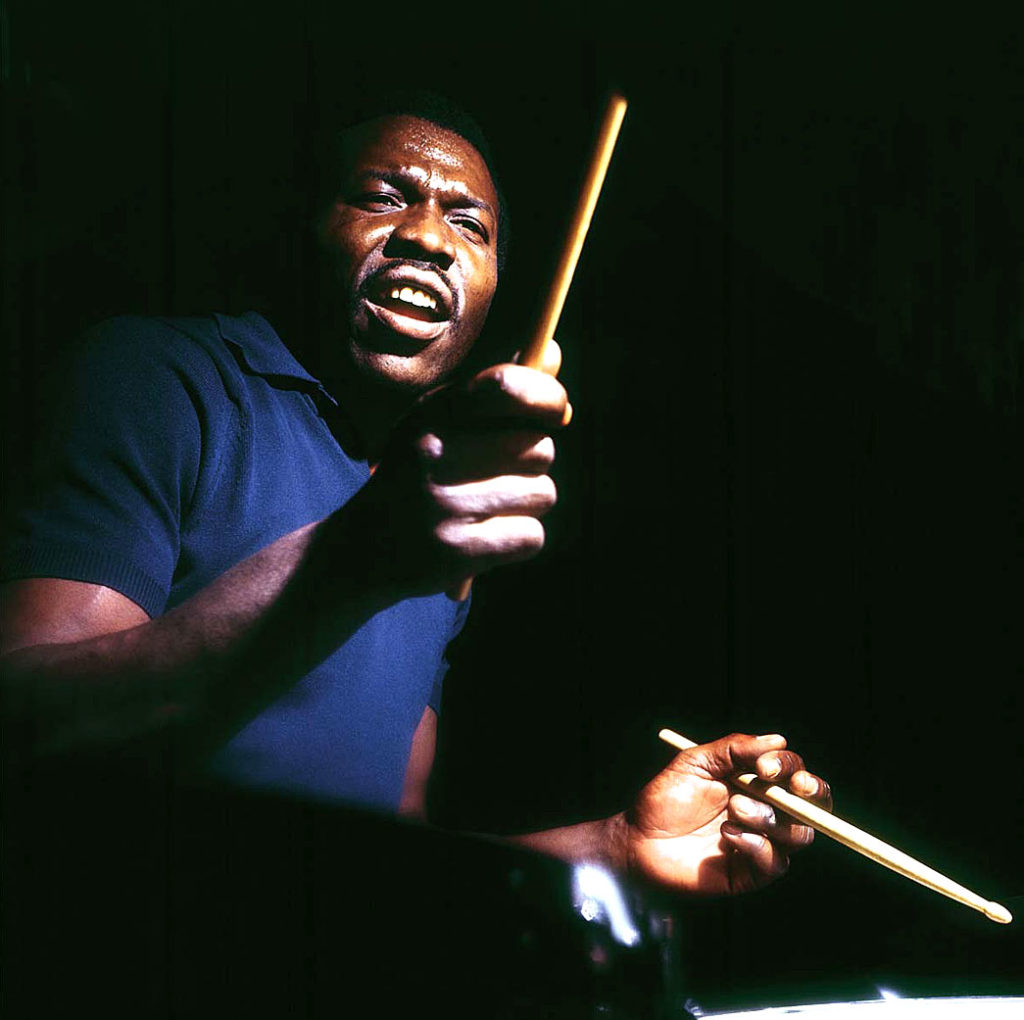 Elvin Jones, whose fluid and explosive drumming fueled much of the post-bop era, and whose rhythmic presence provided so much of the energy behind classic albums by John Coltrane, was born on this day (September 9) in Pontiac, Michigan, in 1927.

Jones began honing his chops in the clubs of Detroit, buying his first drum set after being discharged from the Army in 1949. In 1955, he moved to New York City, where, on the strength of his prodigious talent, he quickly joined the inner circle of artists such as Miles Davis, Charles Mingus, Sonny Rollins and J.J. Johnson.

Unlike many of his stylistic predecessors, Jones’ drumming was polyrhythmic and reactive. In addition to a steady pulse, it provided moments of spirit and intensity, tension and release. It’s no wonder that it found favor in fellow spirit-seeker John Coltrane, who would employ the drummer in his quartet from 1960 to 1966. Jones would appear on some of Coltrane’s most noteworthy albums, including A Love Supreme and My Favorite Things.

Today’s Song of the Day comes from Jones’ post-Coltrane solo-period, which was rich with innovation. The tune is “Three Card Molly,” from the 1971 album Genesis. It’s one of Jones’ best-known tunes and a strong showcase for his remarkably consistent yet quietly eruptive style.