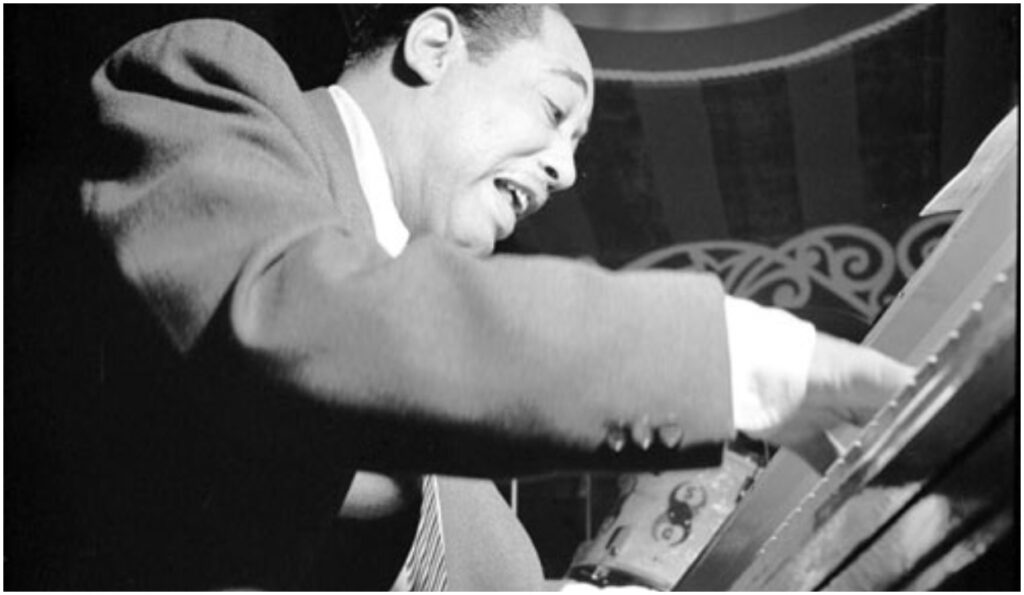 Duke Ellington is one of the most celebrated names in jazz. So much so that it’s hard to believe that for a time, his career was flagging. A famed 1956 performance with his orchestra at the Newport Jazz Festival revitalized its status, making headlines around the world. Its centerpiece was a reworked version of “Diminuendo and Crescendo in Blue,” originally composed by Ellington in 1938. This version has since become jazz folklore, featuring a 27-chorus tenor sax solo by Paul Gonsalves that sent the crowd into a frenzy and almost incited a riot.

The entire performance was released as a live recording titled Ellington at Newport. It was later revealed that the album had been fabricated with studio performances mixed with some live recordings and artificial applause. It didn’t matter; the Duke was back! Soon after, he appeared on the cover of Time and his resurgent popularity lasted throughout the rest of his life.