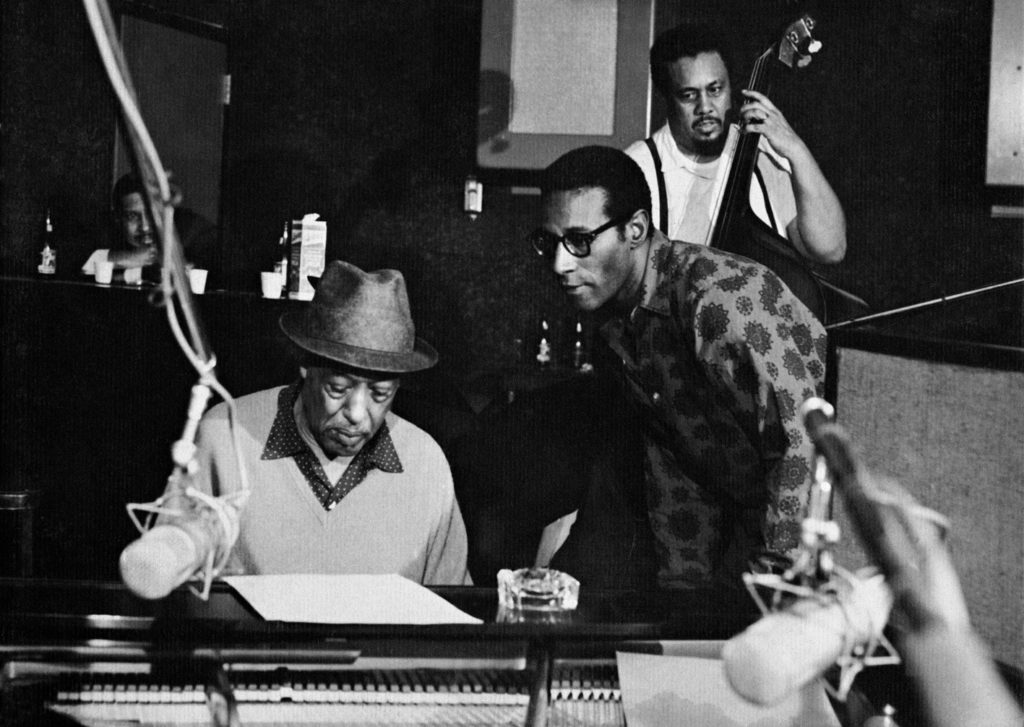 On this day (September 17) in 1962, three titans of jazz — Duke Ellington, Charles Mingus and Max Roach — convened in Sound Maker Studio in New York City to record Money Jungle. It was the first time these three individual artists had recorded together, and Ellington, who had written the bulk of the material, insisted that they not rehearse. The pianist simply handed out lead sheets (which outline just the melody and basic chords) as well as the occasional verbal description of how he wanted a song to sound. And then they let the tape roll. The result is an album that pianist Lafayette Gilchrist called “an orchestra being played by a trio.”

Money Jungle works in part because of its contrasts in styles. Ellington was a full generation older than his trio mates, and his aesthetic was more steeped in the big band tradition. Mingus and Roach, meanwhile, had fully embraced the more avant-garde leaning strains that had begun to emerge in jazz at the start of the 1960s. Despite their differences, however, their playing coheres in a way that is strangely natural, with Mingus and Roach pulling Ellington into freer, more progressive jazz directions. And vice versa. Countless musicians — from Keith Jarrett to Wayne Shorter, Ethan Iverson to Terri Lyne Carrington — have found inspiration in this rare encounter between jazz giants. Above much else, it’s a testament to the fact that a great deal of harmony can come from perceived dissonances.

Song of the Day: Duke Ellington, “Diminuendo in Blue and Crescendo in Blue”