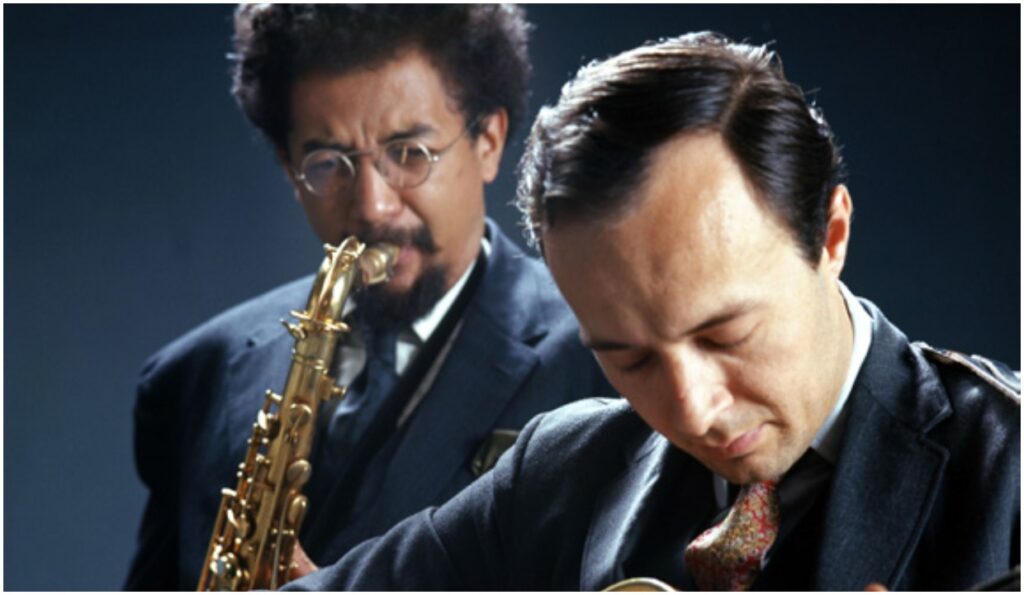 In 1965, Charles Lloyd released his second album as a leader, Of Course, Of Course via the Columbia label. The LP is somewhat overlooked as a stepping stone for what was soon to come for him, particularly with the iconic Forest Flower and Dream Weaver, both released the following year. However, it remains a crucial session of his early discography. That is partly due to its documentation of the empathic and distinctive sound he had developed with Hungarian guitarist Gábor Szabó. Both had been members of Chico Hamilton’s quintet a handful of years earlier and here, they indulge in their love of melody.

Such chemistry is perfectly showcased on their take of Brooks Bowman’s oft-covered standard, “East of the Sun (and West of the Moon),” surely one of the best versions of this song. Their interplay takes the center stage, backed by a stellar rhythm section formed by Ron Carter on bass and Tony Williams on drums. While the track did not make the original tracklist in Of Course, Of Course, it reemerged years later on the saxophonist/flutist’s compilation Nirvana (1968) and has been featured as a bonus track on newer editions of the former studio album.