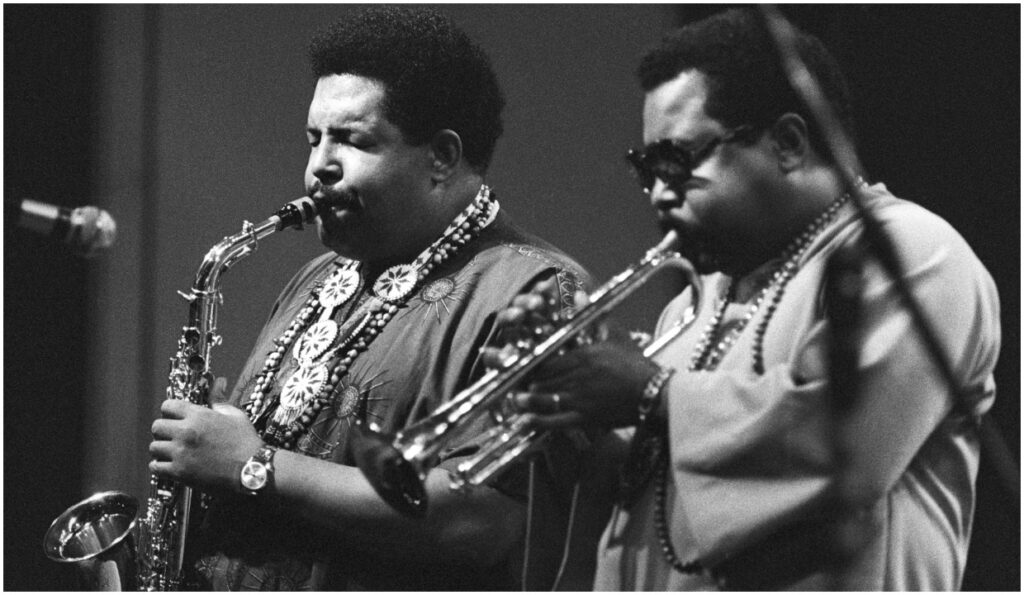 “Work Song” is among the best-known compositions by cornetist Nat Adderley, who was born on this day in 1931. The tune was inspired by his childhood experience of seeing a group of convict laborers singing while they worked, paving the street in front of his family’s home in Florida. In 1960, it appeared in two albums: Cannonball Adderley Quintet’s Them Dirty Blues and his own band’s Work Song. Both were released and recorded at around the same time but the former version, which marked its official debut, was issued as a 45-rpm single and became a popular jukebox hit.

Song of the Day: Philly Joe Jones – “Blues for Dracula”