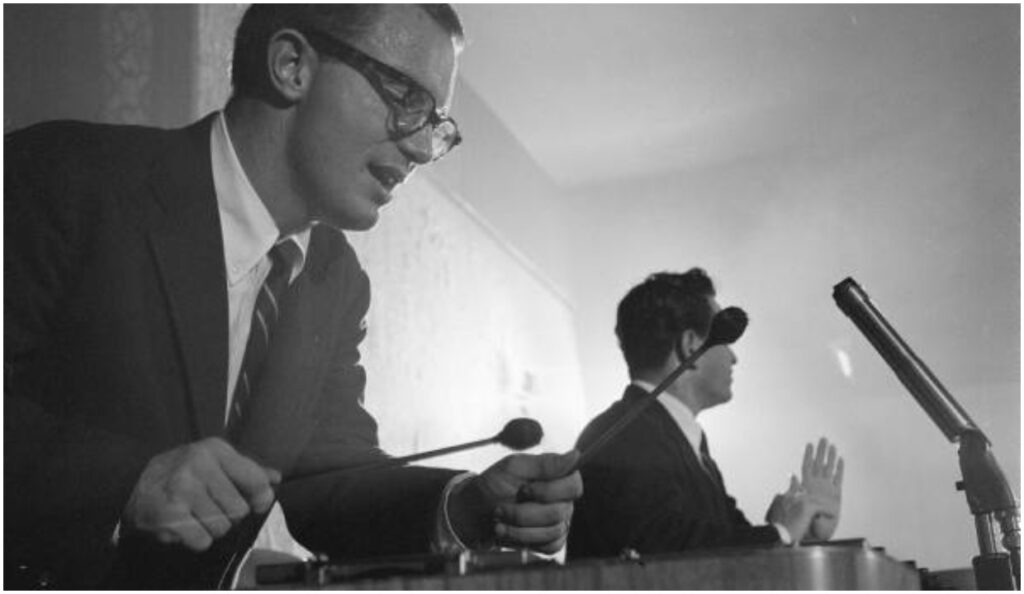 Cal Tjader was a Swedish-American composer/bandleader and an important figure in the development of jazz fusion. He is often referred to as the most successful non-Latin bandleader of Latin music ensembles, due to his prolific work within several of its idioms and despite working within several other genres. In addition, he never disregarded his bop background, the influence of which helped him avoid the “lounge music” label.

Though he began his career as a drummer, even performing as a member of the venerable Dave Brubeck Trio, he taught himself to play the vibraphone in his formative years and this soon became his primary instrument. His ’60s recordings with Verve are his best-known. Of these, Soul Sauce from 1964 is the most acclaimed. The record kicks off with a cool reimagining of the Dizzy Gillespie/Chano Pozo title classic. Rediscovering the smart, tantalizing arrangements on this LP helps make the link between Tjader and several Latin fusion stars who followed, including Carlos Santana and Poncho Sánchez.