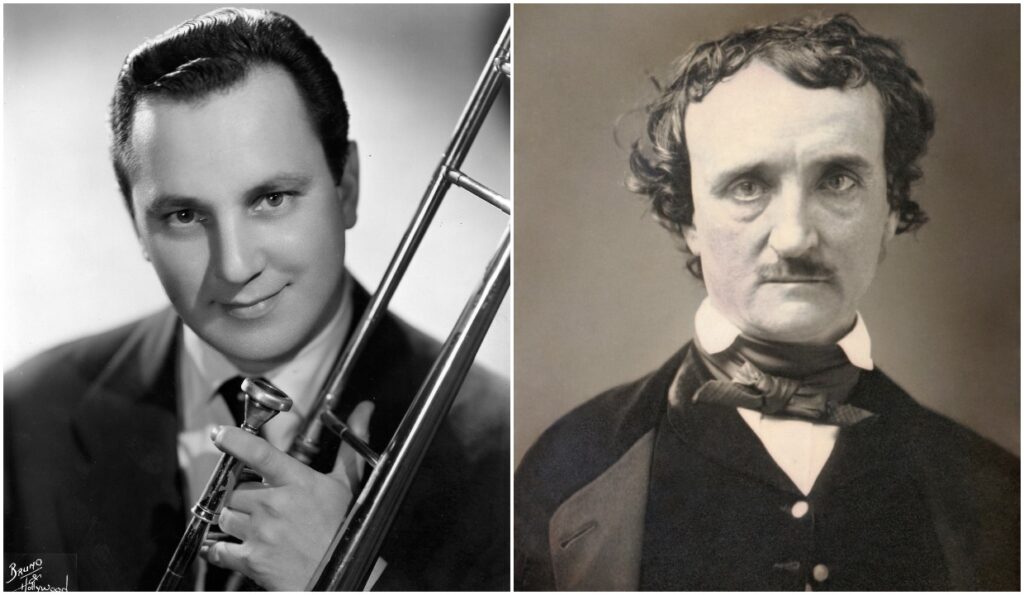 Poet/author Edgar Allan Poe was born on this day in 1908 and is regarded as a major figure in world literature. Particularly well-known and celebrated are his ingenious works of literature evoking terror, passion or horror, such as “The Black Cat,” “The Cask of Amontillado” and, of course, “The Raven.” The influence of these Gothic tales has expanded well beyond the realm of the written word. These stories also inspired a little-known concept album by Buddy Murrow and His Orchestra, renamed Buddy Morrow.

In 1960, they released a mostly forgotten album named Poe for Moderns, consisting of 12 tracks, each inspired by or translating famous Poe works to jazz. They also renamed themselves Buddy Morrow and His Spooky Friends for the occasion. The result straddles the fence between art and novelty but there are some surprisingly refreshing readings, including a maddeningly swinging and oddly upbeat version of “The Raven,” with vocals by The Skip Jacks, which is as fun as it is… well… creepy.