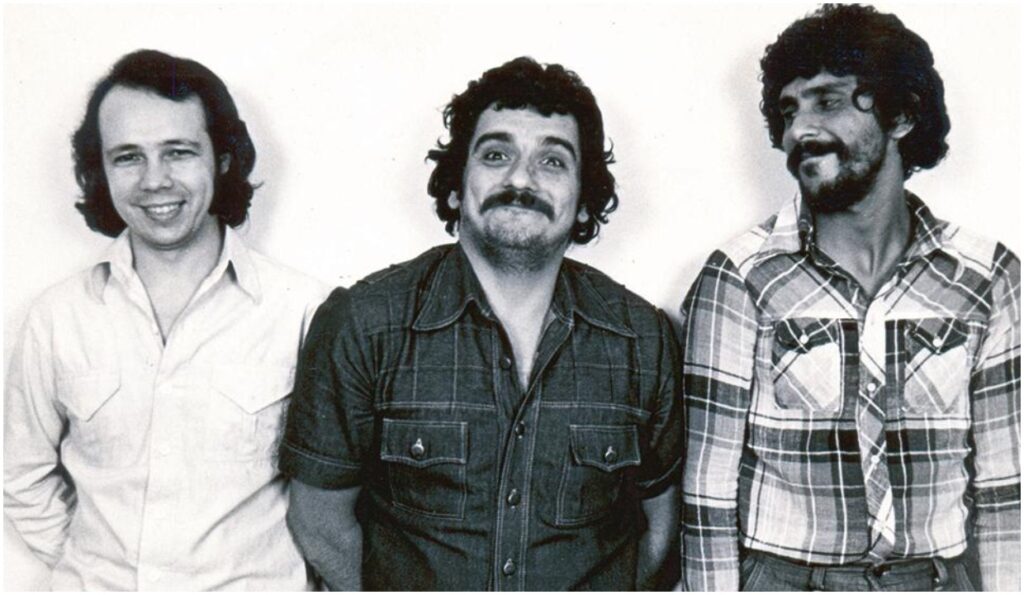 Keyboardist Jose Roberto Bertrami, bassist/guitarist Alex Malheiros and drummer/percussionist Ivan Conti were prominent musicians of Rio de Janeiro’s burgeoning bossa nova and jazz scenes throughout the ’60s. In 1973, they got together and formed the supergroup Azymuth. Together, they crafted music that both reveled in Brazil’s music tradition and modern, electric jazz. Despite their innovative experimentation, their pop sensibilities helped them gain wide exposure.

In 1979, they scored an international breakthrough hit with “Jazz Carnival” from their album Light as a Feather, released that same year. The high-energy sound of this single encapsulated what they referred to as “samba doido,” which translates as “crazy samba.” It also showcased a rich and fully-developed sound that fit in well with the dance club scene of the days of post-disco and continues to be influential to this day.