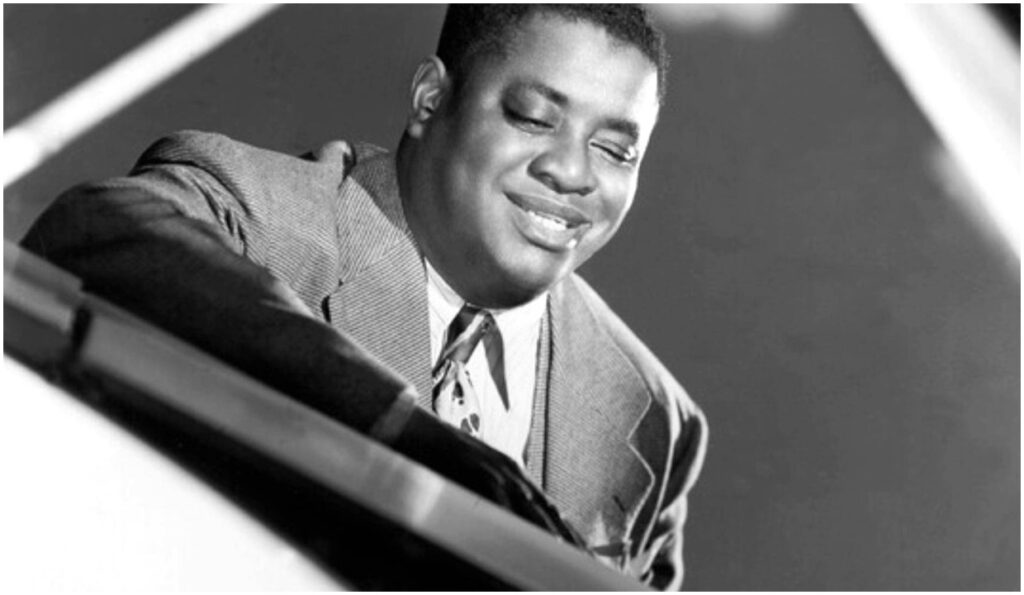 Art Tatum was born on this day in 1909. He was born partially blind and by age four, had lost most of his sight. This did not hinder his enormous musical talents. By age 13, he picked up piano and would become one of its greatest interpreters. Though he received some formal piano training at the Toledo School of Music, he was largely self-taught. And while his instantly recognizable style was grounded in the stride school of piano jazz, which he was a seminal figure of, it was also not bound by it.

Accompanists would sometimes struggle to keep up with his volcanic ideas, which is why he is best remembered as an exceptional solo piano player. When playing alone, that’s when he could truly let his imagination and virtuosity run wild. By the early ’30s, he was a regular of the regular solo piano improvisation contests of the time, referred to as “cutting contests.” His piece the resistance with which he would affirm his status as the king of all piano players was “Tea for Two,” a version of which he recorded during a memorable 1933 session for Brunswick. Fellow piano great James P. Johnson recalled that the first night he heard Tatum play Vincent Youmans’ song was “the first time I ever really heard it played.”