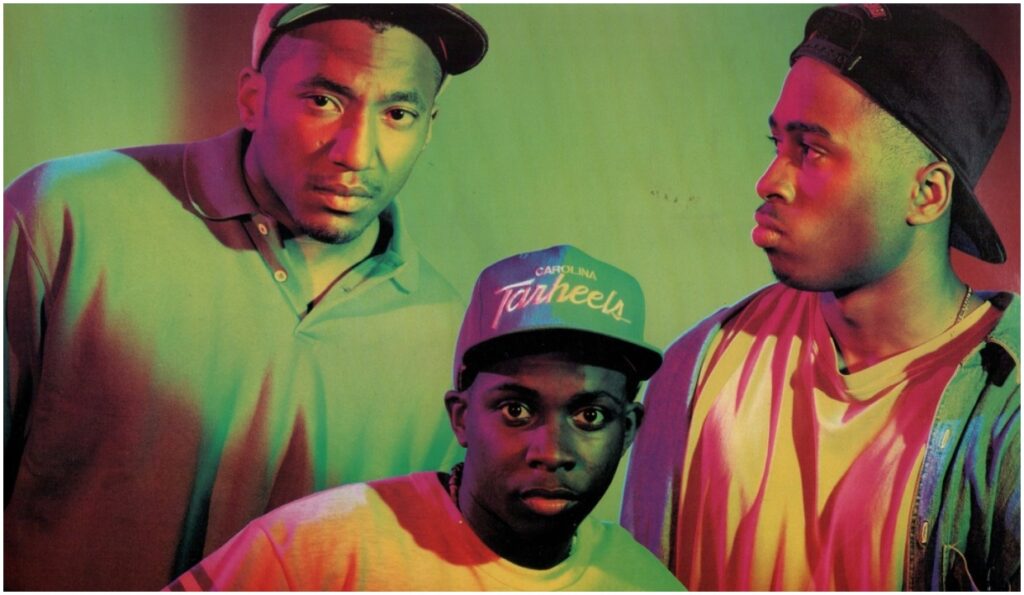 Formed in Queens, New York, in 1985, A Tribe Called Quest represented the burgeoning jazz-rap scene of the time at its finest. “Jazz (We’ve Got)” was the second single off the group’s second album, The Low End Theory, which garnered them mainstream success upon its release in 1991. The song encapsulates their trademark mellifluous tone, sampling the likes of Jimmy McGriff and the Five Stairsteps. The words refer to the centrality of jazz and jazz culture in their music as well as their desire to remain independent free-thinkers within the music industry. In fact, Q-Tip once told Mojo: “We don’t want to gear ourselves to anyone who isn’t willing to think for themselves.”