U.S. Postal Service Salutes Marvin Gaye: On April 2, the date that would have been Marvin Gaye’s 80th birthday, the U.S. Postal Service honored the music legend with the dedication of a new commemorative Forever stamp during a first-day-of-issue ceremony at the Greek Theatre in Los Angeles, where he once performed. The Marvin Gaye Forever stamp is the ninth in the Postal Service’s Music Icons stamp series. Other honorees in the series are Ray Charles, Lydia Mendoza, Johnny Cash, Jimi Hendrix, Janis Joplin, Elvis Presley, Sarah Vaughan and John Lennon. 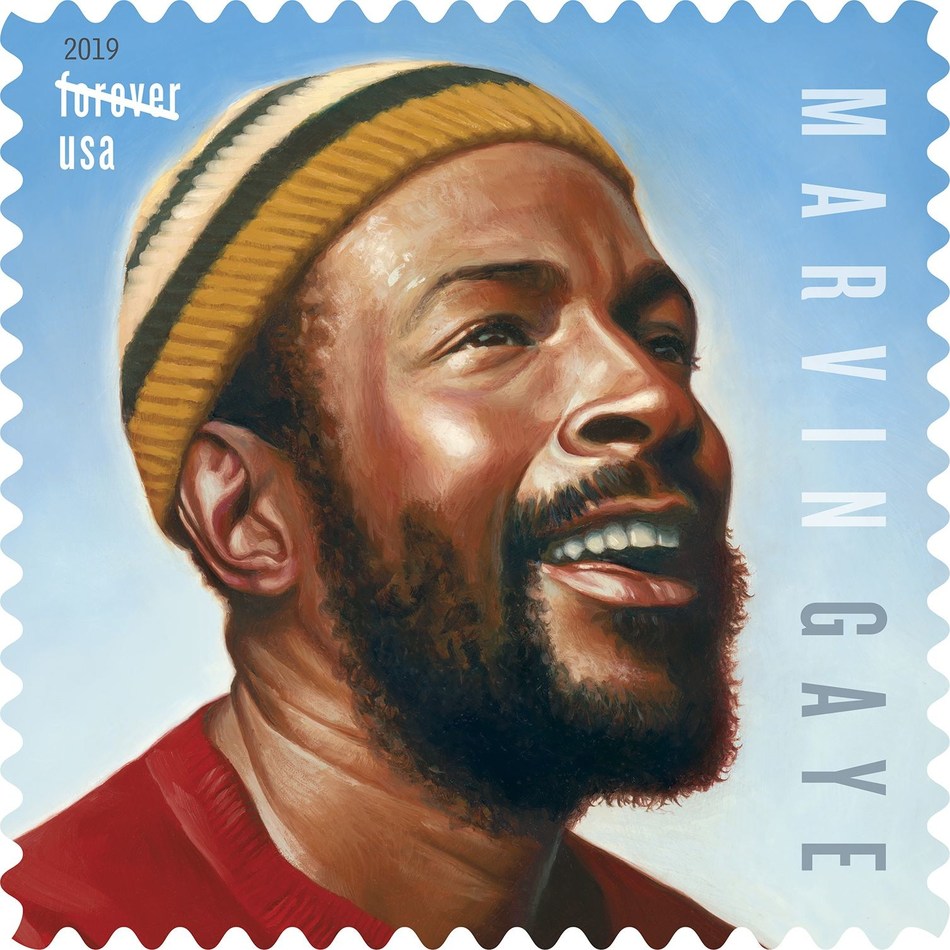 Rory Gallagher’s Blues to Be Released May 31: On May 31, Chess/UMe will release a new career-spanning collection, Blues, celebrating what would have been the 50th year of songwriter Rory Gallagher’s recording career. The collection presents rare and unreleased recordings of Gallagher playing his favorite blues material and was drawn from the vaults of the Gallagher estate’s tape archive. Blues will be released on 16-track CD, digital and 2xLP vinyl. A limited 2xLP blue vinyl edition and deluxe 3xCD will and digital edition will also be available.

Martin Freeman to Released Co-Curated Compilation Album: Award-winning British actor Martin Freeman will release a brand new compilation co-curated with Acid Jazz Records founder Eddie Piller. The follow-up to their Jazz on the Corner release from last year is called Soul on the Corner and will feature such artists as Georgie Fame, Willie Hutch and Bobby Womack, among many others. Freeman and Piller will also be presenting a show on BBC radio this Easter, March 31, on BBC 6 Music. The show, titled The Funk and Soul Show (normally hosted by Craig Charles). It will be aired on 6-9 p.m. and feature three hours of soul music.

Snarky Puppy Add U.S. Shows to Their 2019 World Tour: Fresh off the release of their new album, Immigrance, genre-defying collective Snarky Puppy have announced a second U.S. leg as part of their 2019 world tour. The full world tour is now up to 98 shows in 20 different countries and will begin in Osaka, Japan on April 11. The first U.S. leg starts in Providence, Rhode Island on May 10. The second U.S. leg will begin in the fall in Philadelphia, Pennsylvania, on September 4.

Detroit Jazz Festival Announced This Year’s Reunion Lineup: The 40th Detroit Jazz Festival will carry a theme of “reunion” by welcoming back many acclaimed artists and performers who have taken to the festival stage over the last ten years, including five former Artists-in-Residence. The lineup will include Stanley Clarke, Ron Carter, Macy Gray, Pat Metheny, Terence Blanchard, ELEW, Chucho Valdés, Dee Dee Bridgewater, and more. Chris Collins, president and artistic director of the Detroit Jazz Festival Foundation, said via a press release: “From jazz legends to up-and-coming revolutionaries and Detroit Homecoming artists, these artists have become a part of our extended family and it’s only appropriate they come back to headline our reunion year.” 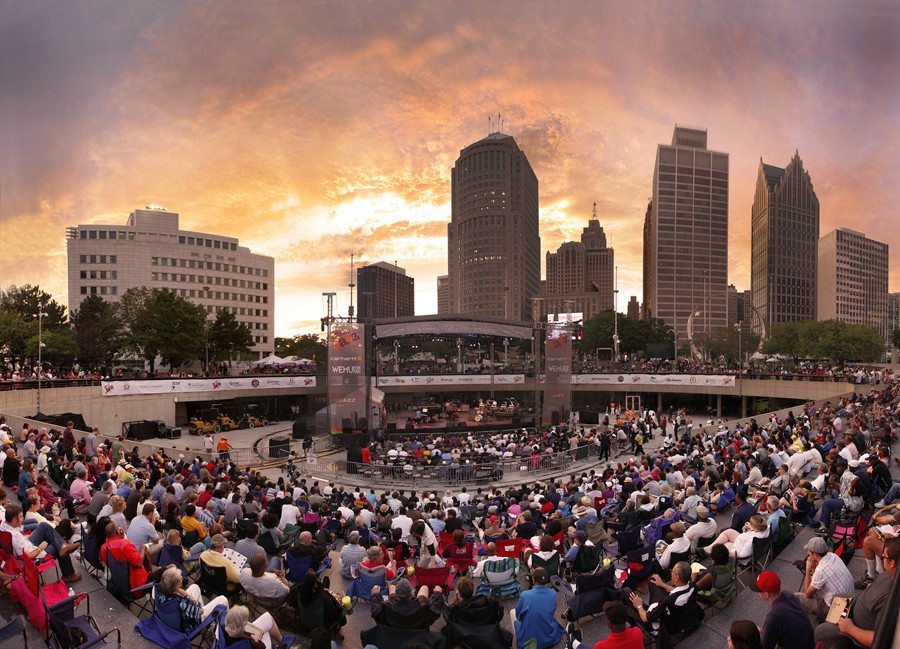 Newport Jazz Festival Announced New Wave of Artists: The Newport Jazz Festival, which will take place at Fort Adams State Park and the International Tennis Hall of Fame in Newport, Rhode Island on August 2-4, has announced its third wave of artists for the 2019 edition, the 65th in its history. The addition of artists includes Common, Herbie Hancock with Christian McBride and Vinnie Colaiuta, Tank and the Bangas, Ralph Peterson and the Messenger Legacy, Gary Bartz Another Earth 50-Year Anniversary featuring Ravi Coltrane (produced by Revive Music), Kandace Springs and many more.

Soul of the Bass is John Patitucci’s 16th solo record and it may be his most intimate and revealing one yet. Somewhat of a follow-up to his acclaimed 1991 album, Heart of the Bass, which featured acoustic bass and 6-string in an orchestral setting, Soul of the Bass is centered around solo melodic and concise improvisation, whether Patitucci interprets Bach’s “Cello Suite No. 5” with drummer Nate Smith layering additional bass guitars on top in a historic nod to the instrument, or whether he is inspired by the current tumultuous political climate in such aptly titled tracks as “Seed of Change,” “Truth” and “Trust.” Patitucci explains: “I think as you get older, you prioritize the sound and feel of everything you play, which if rendered with integrity, will result in a clarity that communicates to the listeners and draws them in.”

In 2017, Texas-born vocalist extraordinaire Quiana Lynell won the coveted Sarah Vaughan International Jazz Vocal Competition Award, which earned her the opportunity to record an album for the Concord Jazz label. The result, A Little Love, is produced by the renowned Brian Michel Bacchus and announces Lynell as a force to be reckoned with. The songs on this album cover a wide range of genres – from soul to gospel to R&B to jazz – and whether performing standards from the Great American Songbook, classics by such greats as Duke Ellington and Nina Simone, or powerful modern compositions like the album-opening “We Are” by Alina Engibaryan, on A Little Love, Lynell shines and establishes herself as a mesmerizing artist able to truly communicate with and captivate the listener whether singing about love, trying times, longing, searching or social action.

Drummer-composer Kendrick Scott’s longtime working group Oracle – including pianist Taylor Eigsti, guitarist Mike Moreno, saxophonist-reedist John Ellis and bassist Joe Sanders – is recognized as one of the most powerful jazz ensembles of its generation and on their new album, A Wall Becomes a Bridge, they welcome a new member: turntablist Jahi Sundance, who adds a little extra magic to an already winning formula. A Wall Becomes a Bridge comes four years after Oracle’s Blue Note debut, We Are the Drum, and deals with the universal and the intimate, drawing equally from the current political situation as much as it refers to the period of self-doubt that Scott had to overcome in order to make the album. He explains: “The project is … a response to a personal struggle that is also a collective one: how we are more connected than ever, but also more separated; and the opportunities that lie before us within that awareness.”