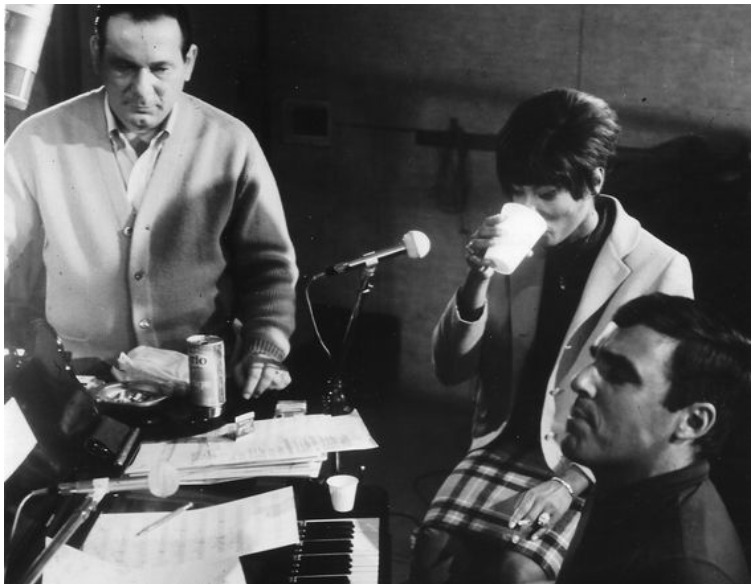 “Walk On By” was composed by Burt Bacharach, with lyrics by Hal David, in 1964. Originally recorded that same year by vocalist Dionne Warwick, the song was featured on her album Make Way for Dionne Warwick. The LP included other renowned Bacharach/David compositions, such as “A House is Not a Home” and “You’ll Never Get to Heaven (If You Break My Heart).” Oddly, “Walk on By” was

Oddly, “Walk On By” was initially released as a B-side to the single “Any Old Time of Day,” a song that her label Scepter, her manager, and Warwick herself thought would be the surefire hit they needed to end their string of flops. According to Robert Dimery, it was influential New York DJ Murray “the K” Kaufman who felt the B-side would be the more likely hit and refused to play “Any Old Time of Day,” choosing to plug “Walk On By” instead.

His insistence paid off. “Walk On By” became a hit and went on to become one of Warwick’s most famous songs. It has also been covered by many artists, including numerous jazz artists, earning it jazz standard status.

For example, guitarist Gábor Szabó included his own instrumental cover version of the song on his debut album as leader, Gypsy ’66 (1965). Vocalist George Benson released a jazzier version of the track on his 1968 album Giblet Gravy. More recently, it was featured on pianist and vocalist Diana Krall’s album Quiet Nights (2009).

Bacharach stated in a 1998 interview featured in the book In Their Own Words: Songwriters Talk about the Creative Process that he looked at his songs as “three-and-a-half minute movies, with peak moments and not just one intensity level the whole way through.”

Despite the composer’s emphasis on duration, one of the most famous interpretations of “Walk On By” is a 12-minute funk vamp by musician Isaac Hayes. Recorded in 1969, Hayes’ version was featured on his album Hot Buttered Soul, released as a single, and peaked at number 30 on the U.S. Billboard Hot 100, eventually becoming almost as popular as Warwick’s original recording.