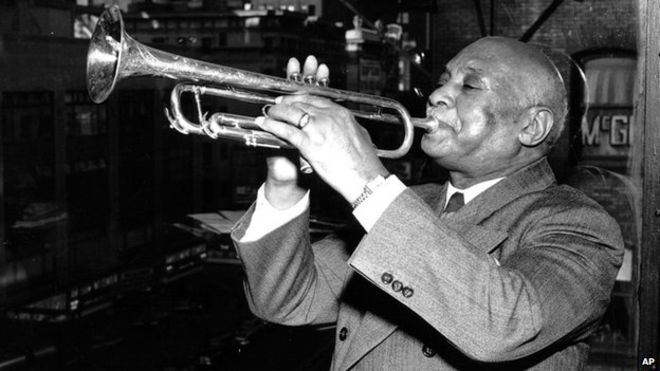 W.C. Handy, often referred to as the Father of the Blues, first published “St. Louis Blues,” his most famous composition, in 1914. He later said: “Well, they say life begins at forty. I wouldn’t know. But I was forty the year ‘St. Louis Blues’ was composed and ever since my life has … revolved around that composition.”

(Note: despite the title of the video on the player below, W.C. Handy recorded this version of “St. Louis Blues” in 1922.)

Handy had arrived in St. Louis, Missouri, in the early part of the 20th century and, according to Maureen O’Connor Kavanaugh, “slept on the cobblestones of the levee until he found work as a musician.” The song was allegedly inspired by his chance meeting with a woman who walked the streets of St. Louis tormented by her husband’s absence, wailing “my man’s got a heart like a rock cast in the sea.” Tom Morgan observed that Handy “drew inspiration for many of his songs from African-American words and music, so it is not surprising that he began to compose the theme to this woman’s anguish.”

Since first appearing in 1914, “St. Louis Blues” has become one of the most famous, celebrated, and recorded jazz standards in history. Handy recorded his best version of the song in 1922 and three years later, in 1926, Fats Waller would play it on a Victor Studio organ as his first ever solo recording. In 1925, Bessie Smith, the greatest blues singer of the time, recorded a stellar version of “St. Louis Blues” alongside a young cornet star named Louis Armstrong, who was setting the jazz world on fire with his exciting improvisations.

Armstrong would return to this song many times throughout his career, beginning with a version he recorded in 1929 with trumpeter Red Allen and trombonist J.C. Higginbotham. Both the 1925 and 1929 recordings were inducted into the Grammy Hall of Fame – the former in 1993 and the latter in 2008.

“St. Louis Blues” has been called “the jazzman’s Hamlet,” and recorded by countless artists, including Herbie Hancock, Dizzy Gillespie, the Thad Jones/Mel Lewis Orchestra, and Greg Osby. It has also been noted as something of a national anthem given its popularity in countries outside of the United States. Ted Gioia writes: “Long before British rockers ‘discovered’ the blues in the 1960’s, the Handy standard found favour in the United Kingdom, and in some unlikely locales: Edward VIII requested the tune from his Scottish pipers at Balmoral Castle, Prince George and Princess Marina of Greece danced to it at their 1934 wedding, and Queen Elizabeth called it one of her favourite songs.”

In France, guitarist Django Reinhardt played and recorded the song many times throughout the 30’s. When Nazi Germany occupied France, American songs became frowned upon, if not outright banned. In order to play them, Reinhardt and other musicians had to give them French names: “St. Louis Blues” became “La Tristesse du saint Louis.” 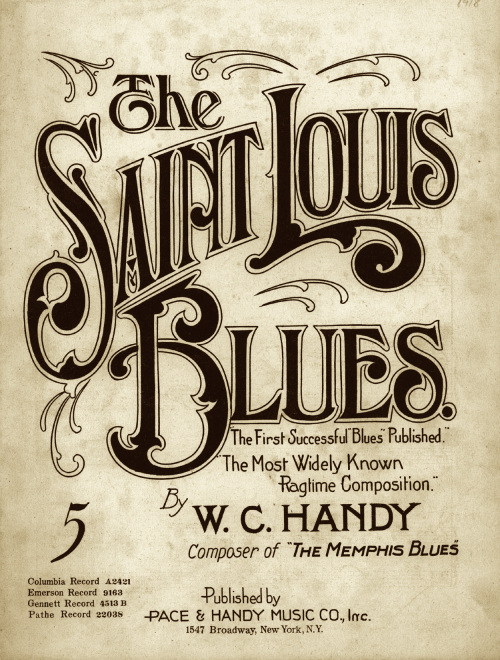