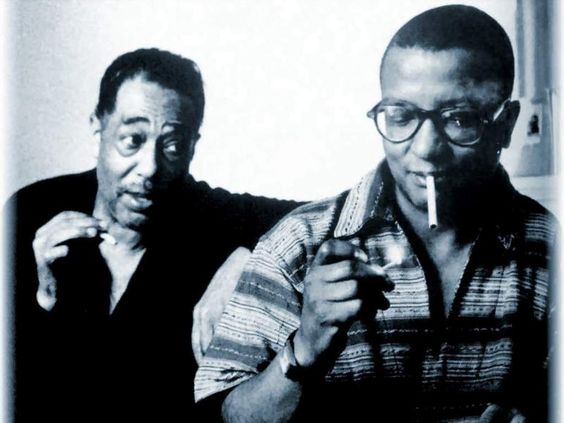 “Satin Doll” is a jazz standard written in 1953 by bandleader and composer Duke Ellington and his longtime collaborator Billy Strayhorn.

According to Mercer Ellington, his father wrote “Satin Doll” for his longtime mistress Bea “Evie” Ellis. Despite this, Strayhorn was responsible for its harmonization, as often was the case with Ellington’s popular songs. Indeed, the heirs of Strayhorn and Ellington would engage in a bitter feud and posthumous lawsuit over “Satin Doll,” which would end with the former party getting a share of its royalties. Such feuds totally opposed the friendly and professional spirit of the Strayhorn/Ellington collaboration, which lasted over three decades.

“Satin Doll” is often referred to as Ellington’s last “pop” hit. It was recorded in 1953 for Capitol Records and released that same year, peaking at number 27 on the Billboards Pop Chart. It resurfaced in 1955 as part of a peculiar Disney Broadway production, a black-and-jazz version of the 1937 animated film Snow White and the Seven Dwarfs titled Satin Dolls and the Seven Little People – which was itself a stage adaptation of a controversial animated short titled Coal Black and de Sebben Dwarfs (1943).

Though “Satin Doll” was an instrumental hit before Johnny Mercer wrote lyrics for it, replacing earlier unrecorded ones originally scribed by Strayhorn, the new words encouraged many vocal recordings of the track throughout the 60’s.