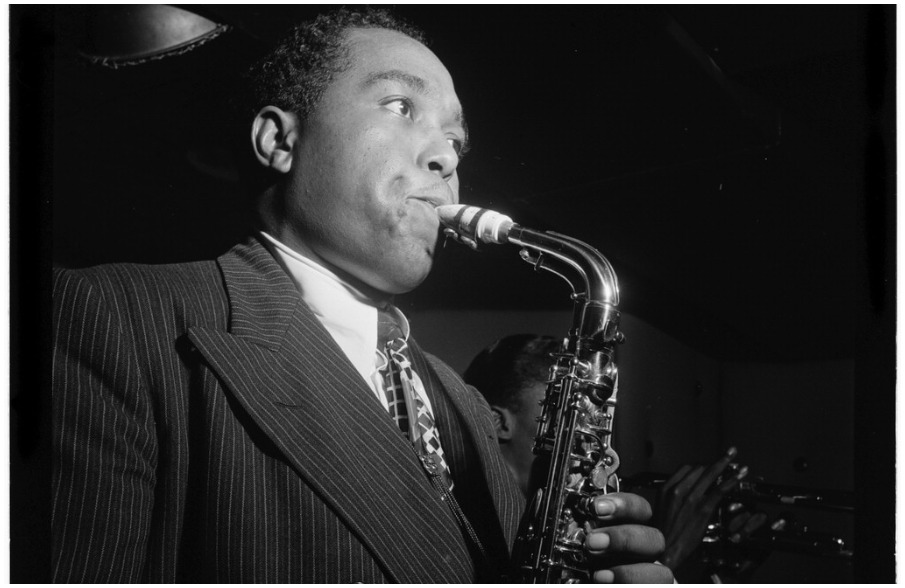 “Ornithology” was composed by saxophonist Charlie Parker and trumpeter Benny Harris. It was first recorded during a famous Dial session on March 28, 1946. This was to be the first of more than 40 Parker recordings of “Ornithology” and was inducted into the Grammy Hall of Fame in 1989.

“Ornithology” is a contrafact tune, which means that it was based on a previously existing chord progression. This compositional device originates from the blues and was particularly important during the development of bop in the 1940’s. Unlike melodies, underlying harmonic structures cannot be copyrighted. Therefore, jazz musicians could create new pieces for performance on which they could immediately improvise without seeking permission or pay publishers for copyrighted materials.

In the case of “Ornithology,” Parker and Harris had borrowed the chord progressions of a popular tune composed by Nancy Hamilton and Morgan Lewis called “How High the Moon.” The song had been featured in the 1940 Broadway review Two for the Show and bandleader Benny Goodman had made a hit recording of it that same year. Parker based the opening line on his 1242 solo on “The Jumpin’ Blues,” recorded when he was a member of pianist Jay McShann’s band.

Parker was a role model for the younger generation of jazz players at the time. However, the older saxophonist Coleman Hawkins recorded his own breakneck version of “Ornithology” in 1949 and, according to Ted Gioia, “he plays the composition even faster than Bird.”