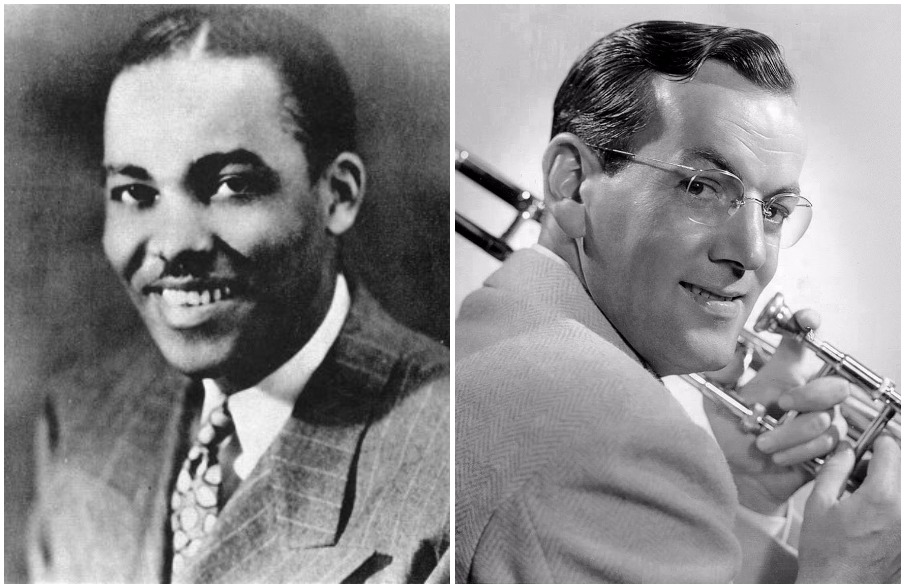 “In the Mood” was composed by saxophonist Joe Garland in 1938. He based the song on an instrumental he had written with trumpeter Wingy Malone in 1930 called “Tar Paper Stomp,” which had also been recorded by bandleader Fletcher Henderson in 1931 as “Hot and Anxious.”

“In the Mood” is most closely associated with Glenn Miller and His Orchestra. However, before they recorded their hit version of the song, which remains one of the most famous tunes of the swing era, it was Edgar Hayes and His Orchestra who first recorded this Garland composition in 1938. In fact, Garland had offered his song to clarinetist and bandleader Artie Shaw. However, Shaw believed that the song would be too long to make a hit record and turned it down.

Miller had formed his own band in early 1937 and, according to Michael Campbell: “[Benny] Goodman was the ‘King of the Swing,’ and Count Basie and Duke Ellington were among its royalty, but no band was more popular than Miller’s.” Campbell also writes that one of the reasons for Miller’s popularity was “his ability to effortlessly move between swing and sweet.” For instance, while “Moonlight Serenade” represents Miller’s sweeter side, “In the Mood” is far more swinging.

This riff-like tune was quickly picked up by the bandleader. It became famous in a Billy May arrangement recorded by Miller and his Orchestra on Bluebird on August 1, 1939. This recording, which featured rival tenor sax solos by Tex Beneke and Al Klink, topped the charts for 13 straight weeks in 1940 in the U.S. and was eventually inducted into the Grammy Hall of Fame in 1983.

Although “In the Mood” is arguably stil best known as the instrumental, lyricist Andy Razaf wrote lyrics to it shortly after Miller and Hist Orchestra recorded it in 1939. According to David A. Jasen and Gene Jones, Razaf, who liked to work fast, reworked his words to “There’s a Rhythm in Harlem” and was allegedly only handed a flat fee of $200 for his troubles.

Song of the Day: Fletcher Henderson and His Orchestra, “Christopher Columbus”