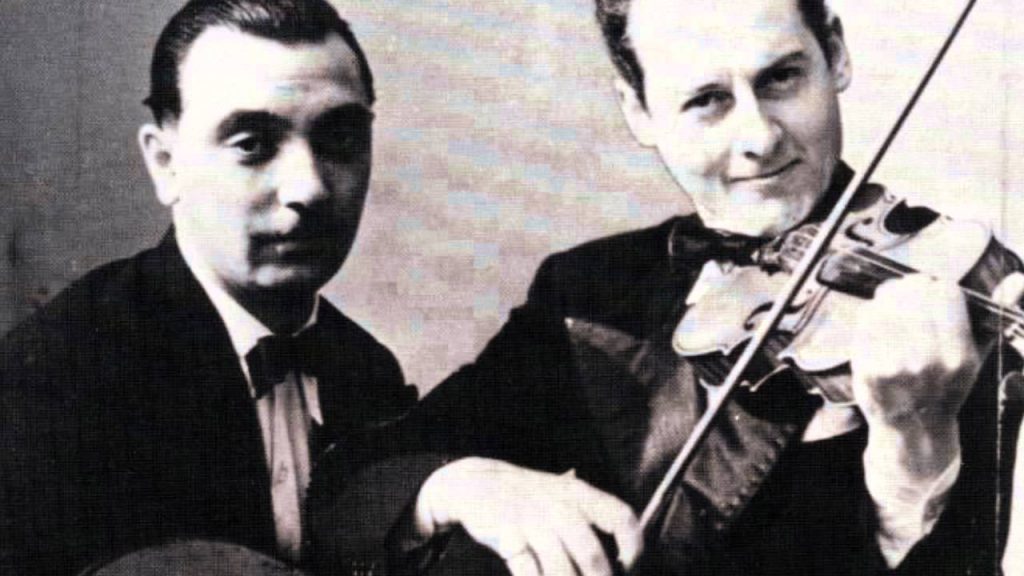 “Minor Swing” is a Gypsy jazz standard written by guitarist Django Reinhardt and violinist Stéphane Grappelli in 1937. It was first recorded on November 25, 1937, on the French label Swing by the Quintet of the Hot Club of France in 1937. Stuart Nicholson wrote about the Quintet in his book Jazz: A Beginner’s Guide, and observed that the striking thing about Reinhardt and Grappelli’s group was that “they sounded quintessentially European at a time when everyone else in jazz sounded quintessentially American. The implication was clear – you didn’t have to “sound” American, or indeed be American, to play authentic jazz.”

Although Gypsy jazz relies heavily on the repertoire of the Quintet – especially Reinhardt and Grappelli’s original compositions, like man other jazz groups, they too recorded many American jazz standards and remained open to American jazz influences. For instance, Michael Dregni, who wrote many books on gypsy jazz and Reinhardt’s musical output, wrote that “Minor Swing” is “an unadorned and unaffected jazz melody, a hot riff like Armstrong might have blown out.” He also pointed out that Grappelli’s violin on the song’s premiere recording “sometimes sounded thin – a fault of his propensity to buy cheap violins to save money – yet his lines were lithe with a swing no other violinist could match.”

“Minor Swing” is now regarded as one of Reinhardt’s signature tunes. The structure of the song permitted him to demonstrate his virtuosity for creating interesting melodic and rhythmic excursions over familiar chord patterns. Reinhardt would record “Minor Swing” five more times over the course of his career before his premature death on May 16, 1953, at the age of 43.