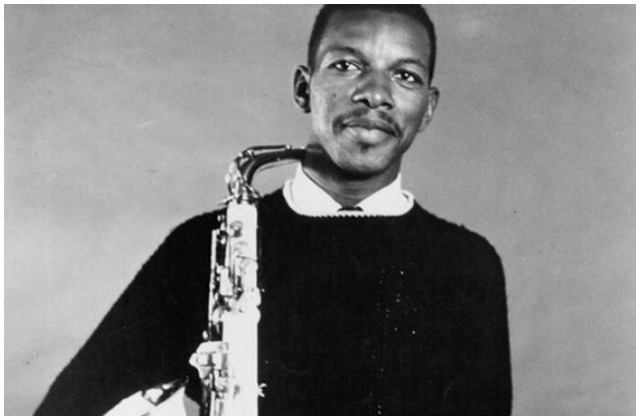 In an interview with French philosopher Jacques Derrida, saxophonist and composer Ornette Coleman told the story of an encounter he had while working in a big department store before becoming a musician. “One day,” he said, “during my lunch break, I came across a gallery where someone had painted a very rich woman who had absolutely everything that you could desire in life, and she had the most solitary expression in the world. I had never been confronted with such solitude.” This was the moment that inspired one of Coleman’s most famous compositions: “Lonely Woman.”

Composed in 1959, “Lonely Woman” was the opening track of The Shape of Jazz to Come, released on Atlantic Records that same year. This first recording of the song featured a stellar cast: cornetist Don Cherry, drummer Billy Higgins, and bassist Charlie Haden.

Coleman began to make a name for himself in the late 50’s and quickly established himself as an innovator of the free jazz movement. However, this brand of music was initially misunderstood and deemed controversial. As John Fordham of The Guardian wrote, “Coleman was often treated as a fraud or a fool. Why? For his abandonment of the chord-sequences of popular songs on which jazz was usually based, for the spontaneous straying between keys he and his musicians practiced and for his unselfconsciously untutored additional improvising on violin and trumpet.”

Despite the initial backlash, time would be good to Coleman and he would soon be regarded as one of the key figures in jazz history.

“Lonely Woman” is one of the most melodic and most covered of Coleman’s compositions. In 1962, the Modern Jazz Quartet recorded their own version of “Lonely Woman” for their album of the same name. This became one of the earliest covers of a Coleman song.

That same year, Margo Guryan wrote lyrics for the music and facilitated later cover versions by such vocalists as Chris Connor and Freda Payne.

Over the years, many other artists have recorded and performed their own interpretation of “Lonely Woman,” including pianist Brad Mehldau and saxophonists Archie Schepp and Lester Bowie.