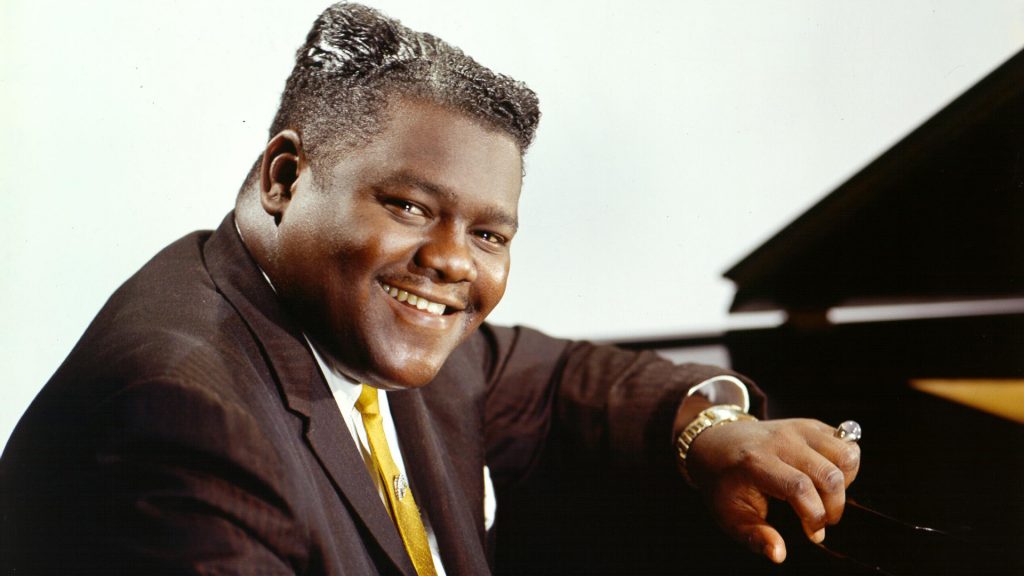 “Blueberry Hill” was first published in 1940. The music was composed by Vincent Rose, who first achieved popularity as bandleader of his Montmartre Orchestra in the 1920s. The lyrics were written by Larry Scott and Al Lewis. The original version of the song was performed by actor and country star Gene Autry in the film The Singing Hill. However, in 1940, many jazz bands covered it; it was, in fact, The Glenn Miller Orchestra’s biggest hit that year. This version included vocals by Ray Eberle.

Nine years later, in 1949, a version by Louis Armstrong, recorded with Gordon Jenkins and his Orchestra and Choir (with changed lyrics), charted in the Billboard Top 40. Armstrong recorded other versions of “Blueberry Hills” throughout his career, including one with swooner Bing Crosby in 1950. However, this version is notorious, as it inspired Fats Domino to record his own take of the song in 1956 despite his producer David Bartholomew’s scepticism: “It had been done a million times before and I wasn’t too interested in Fats doing it,” he recalled.

Allegedly, Domino and his crew were unable to find a music sheet of “Blueberry Hill” in Los Angeles, where they were temporarily stationed, and relied on his brother-in-law, Harrison Verrett, for most of the words. Furthermore, due to heavy workload, Domino was unable to complete a good cut of the song; the final version was edited from various takes. Domino’s version was a hit and turned “Blueberry Hill” into a rock-and-roll standard. It climbed to the #2 spot on the Billboard Top 40 and became one of the biggest hits of 1956. Bob Gulla writes: “The song would eventually be covered a number of times by music’s biggest stars, but Domino’s version would remain the definitive rendition.”