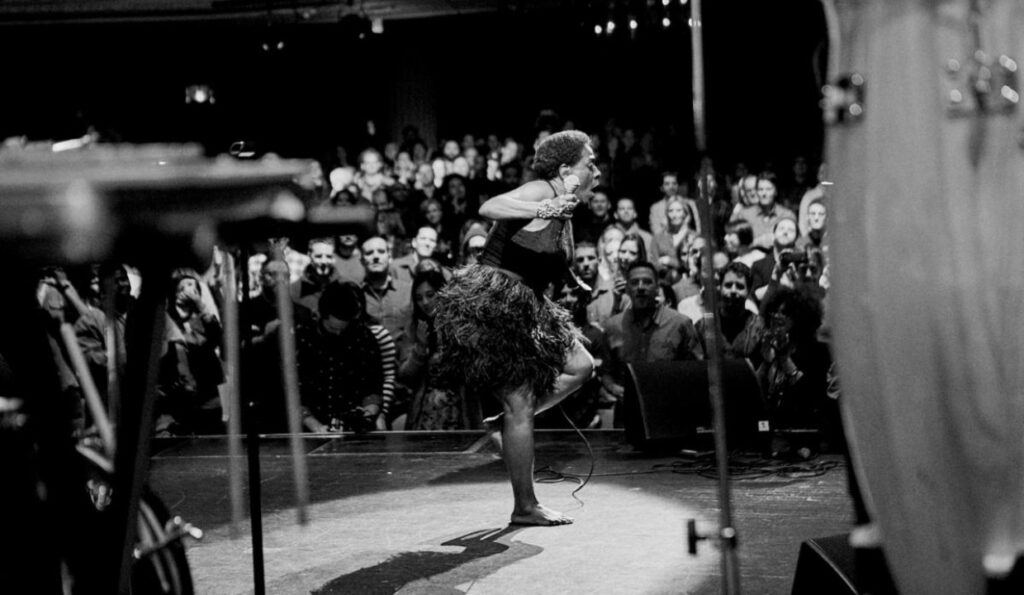 If you’re looking for some great new music to discover this weekend, look no further than our weekly New Release Cheat Sheet.

Sharon Jones & the Dap-Kings, “Get Up and Get Out”

Iconic soul label Daptone celebrates its 20th anniversary via a forthcoming massive collection of live music recorded over a three-day stand at The Apollo. The three-day LP set of performances features artists who made history with the label and the announcement of its release comes with two preview performances, one of which finds Sharon Jones and the Dap-Kings blazing through “Get Up and Get Out,” during which Jones also opens up about her cancer experience. The Daptone Super Soul Revue Live at the Apollo is out on October 1 and you can pre-order it HERE.

New York City chamber punk outfit Warp Trio has shared a new song, “The Well,” which finds them collaborating with emerging jazz singer Raina Sokolov-Gonzalez. The track, featured on Warp Trio’s Pandemic Disco Fantasy, due out August 20, is described via a press release as “a sweeping and epic tour de force that depicts the story of how isolation during the pandemic forces one to confront one’s self-identity, deal with their demons and conquer them.” The accompanying music video features dancer Emily Houghton with original choreography. Pre-order Warp Trio’s Pandemic Disco Fantasy here.

Patricia Barber, “All In Love Is Fair”

Patricia Barber has shared her take on Stevie Wonder’s song “All In Love Is Fair,” which she artfully transforms into a delicate yet vibrant piano ballad. This is a new single from the acclaimed pianist/vocalist’s upcoming album of standards, Clique, where she showcases her ability to connect and reinterpret American classics from all genres and eras. Clique is due out August 6 via Impex Records and you can pre-order it HERE.

Queen City, JD Allen’s new solo saxophone album, is described via a press release as carrying a real sense of confrontation between Allen and his horn, as well as a response to his period of introspection in the times of COVID. The record encompasses a wide range of musical languages and an equally broad spectrum of emotions, alternating moments of beauty illustrating hope, love and acceptance with aggressive phrases expressing frustration and anger. Order Queen City here.

Samara Joy, the winner of the 2019 Sarah Vaughan International Jazz Vocal Competition, releases today her self-titled debut via Whirlwind Recordings. The album sees her putting her spin on jazz standards from the Great American Songbook alongside jazz virtuoso Pasquale Grasso and his trio, furthers her reputation as one of America’s most promising young jazz vocalists. “It’s a glimpse of what I’ve learned so far, and a way for me to pay homage to those who have come before while lending my own perspective to these songs,” says Joy via a press release. Order Samara Joy here.

Saxophonist/multi-instrumentalist/music educator Sam Pilnick releases today his first full-length album, The Adler Suite, including original compositions performed with his steadfast ensemble, Sam Pilnick’s Nonet Project. On this record, the Chicago-based bandleader takes listeners on a trip to outer space with his nine-movement suite inspired by the Windy City’s scenic Adler Planetarium, which he visited in 2017. The Adler Suite is out via Next Level and you can order it HERE.