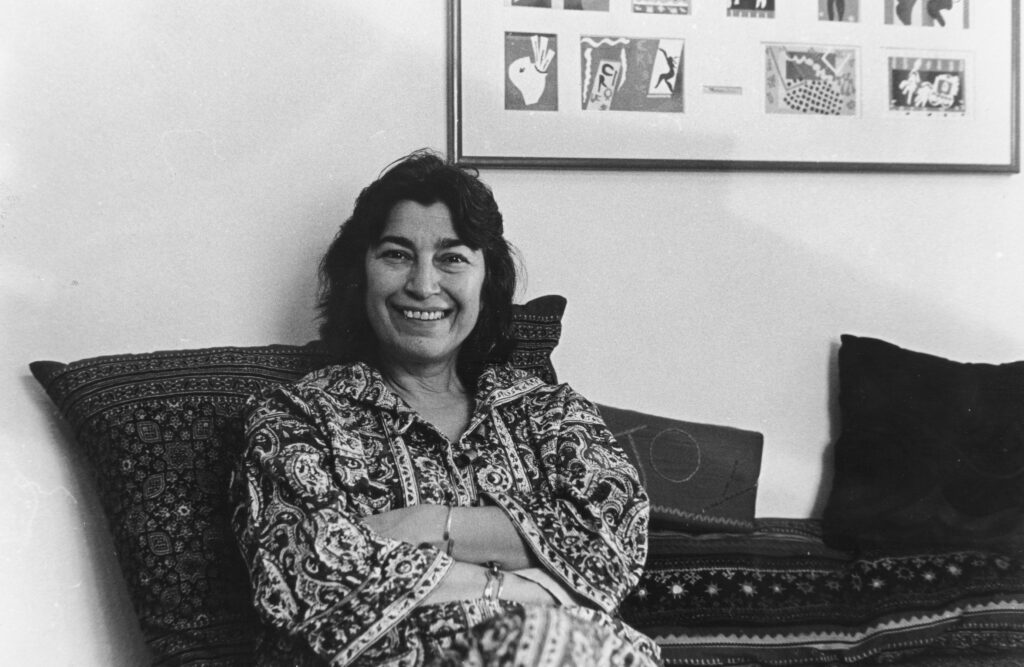 The picturesque Dutch city of Leiden seems an unlikely place to find a tribute to a Jewish jazz and blues impresaria from New York. About 30 miles southwest of Amsterdam, it’s the birthplace of Rembrandt and boasts a centuries-old university and cathedral and a towering windmill museum on the banks of the Rhine. And yet, residents recently rededicated a street in honor of the late Rosetta Reitz, an author, activist and concert presenter who championed early jazz and blues women on her Rosetta Records imprint.

How this came to pass, Reitz’s daughter Rebecca Reitz assures, would have delighted her mother. The Reitzstraat, a neighborhood thoroughfare, had previously been named for Francis W. Reitz, a leader of the Dutch colonists known as the Boers, who systematically oppressed blacks and people of color through apartheid in South Africa. So a small group of people who live in the area — mostly women, according to a letter notifying Rebecca Reitz of the honorific for her mom — took it upon themselves to select a more-deserving tributee, preferably a woman, with the surname Reitz. Researching online, they discovered Rosetta and the die was cast. Rather than waiting for official sanction from the city council, the group placed stickers on street signs along the Reitzstraat, obscuring the previous dedication and reading (translated from Dutch) “Rosetta Reitz, 1924-2008, author, historian, owner of Rosetta Records.” 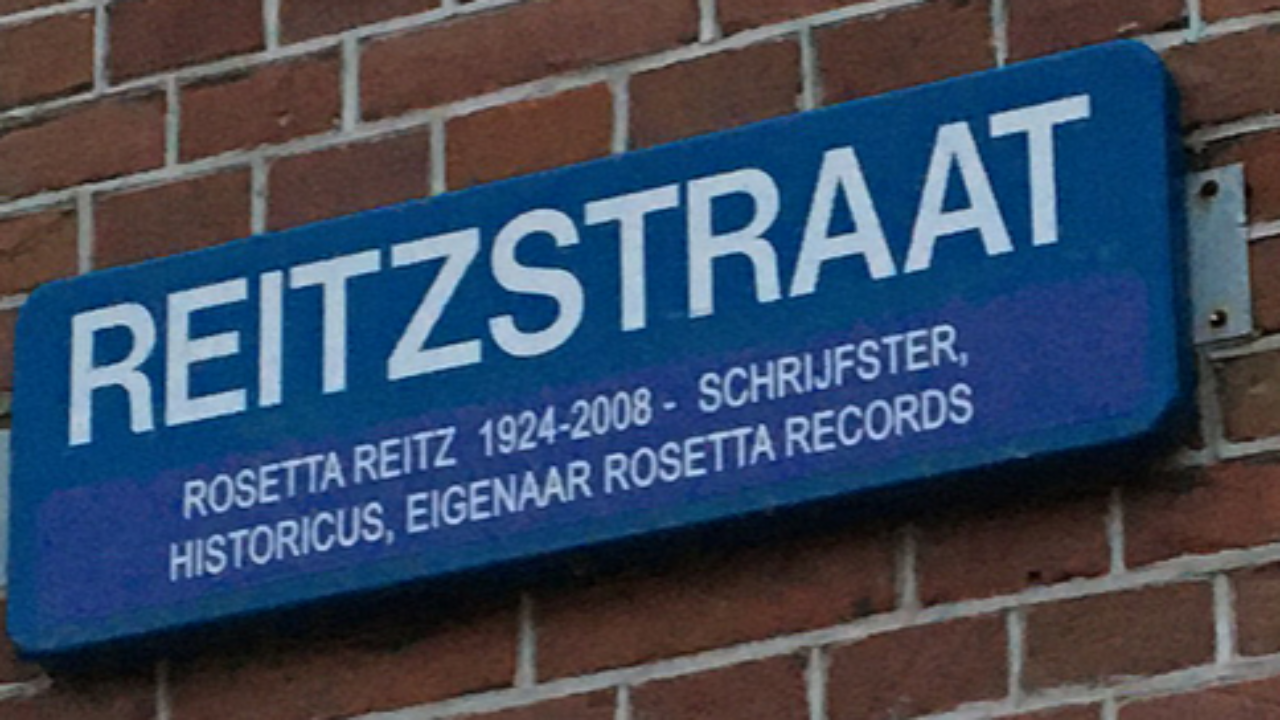 The grassroots nature of the gesture, Rebecca Reitz says, synchs perfectly with her mom’s sensibilities. “They could have submitted the rededication idea to the council — which I gather they will do — and waited for a couple of years, but they just went ahead and did it,” she says by phone from her home in New York City in late May. “And Rosetta would have loved that, because she believed in going ahead and doing what you are called to do.”

Among the many passions that called to Rosetta Reitz, securing the legacy of women jazz and blues performers was close to her heart. Growing up in Utica, New York, she developed an interest in jazz early on, although it was an experience curated by boyfriends and then her husband. Later, she’d write about the jazz loft scene in New York City for The Village Voice.

But histories of the music downplayed the role of women, which piqued her curiosity during the height of the women’s movement in the 1970s. “Where were the women?” she wanted to know, explaining why she began her research in Ava Lawrence’s 2005 article in The ARSC (Association for Recorded Sound Collections) Journal. “Since I’d been a jazz buff all my life, why is jazz a male domain? So I started hunting about and looking for the women. … But were they only vocalists? Who were they? What were they singing about? Turns out they were there all the time. They just weren’t given attention or considered important.”

Reitz set out to correct that misrepresentation, initially starting work on a book. However, as she explored the music of women blues and jazz pioneers — many of whom wrote their own material, selected their sidemen (including the likes of Louis Armstrong and Fletcher Henderson) and became major celebrities — she realized not many of her readers would recognize the songs or the artists beyond the friends and family members whom she gifted homemade cassettes. An idea began to percolate, and in 1980, she launched Rosetta Records, an imprint dedicated to the rediscovery of women artists, many of whom were lost to time. 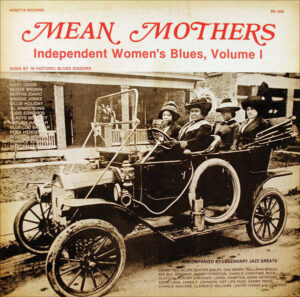 The first album she released, Mean Mothers, Independent Women’s Blues, Volume 1, collected performances by singers such as Ida Cox, Bertha Idaho and Harlem Hannah, dating from the 1920s to the 1940s. Rather than feature downtrodden laments, Reitz assembled a set list that revealed the power and agency of the singers. “There was every kind of blues for every kind of life experience,” she explained in her detailed liner notes, a staple of the 19 albums she produced. “This album focuses on [independent women’s blues] because they have been neglected in favor of the victim variety blues.”

Nobody’s doormat, these women asserted themselves in both tone and text, demanding satisfaction from their lovers and informing them of the consequences if they didn’t measure up. Accompanied by her cornet-led jazz band on the 1926 recording “You Ain’t Gonna Feed in My Pasture Now,” Maggie Jones lets her man know he’s no longer welcome at her table or in her bed and informs him that he’s been replaced. “I’ve just found a man who will treat me right,” she sings, rubbing salt in the wound. “He’s mighty good by day but best at night.” Then there was Rosa Henderson, accompanied by pianist James P. Johnson on her 1931 recording “Can’t Be Bothered With No Shiek,” on which she declares she has no time for trifling dandies: “Don’t want no man who stands around and looks cute/I want a real man and not a substitute.” 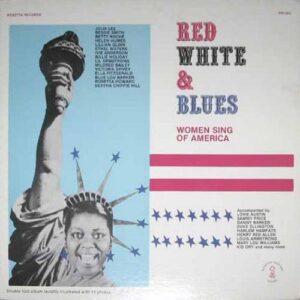 “She would walk around the corner [to the post office] with her packages, which she would ship out,” Rebecca, away at college at the time, remembers, explaining that her mom’s warehouse was actually an extra bedroom. “She had a wonderful relationship with the postal workers; she used to make them tapes of old blues songs about postal workers.”

Reitz’s involvement with the USPS didn’t end there, as she lobbied for — and won in 1994 — a stamp dedicated to Bessie Smith, an accomplishment of which her daughter says she was justifiably proud.

Reitz continued to highlight women performers through recordings, articles and lectures, as well as in concerts such as 1980’s Blues Is a Woman at Avery Fisher Hall, which featured Sippie Wallace, Big Mama Thornton, Nell Carter, Koko Taylor and others. The book she had begun, Women’s Blues & Jazz: Their Magic, 1920 to 1950s, remains unpublished, although its introduction can be read on Rebecca’s tribute site to her mom (rosettatribute.weebly.com), which also contains a link to the Duke University Library’s collection of her liner notes.

Reitz’s accomplishments sang loudly enough to be heard across the sea in Leiden, where a street now bears testament to her legacy. “She was a self-invented person,” Rebecca notes. “She was an interesting person because she was an interested person. And she followed her interests.” 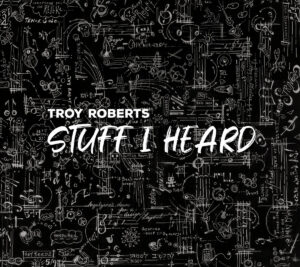 Saxophonist Troy Roberts engages in scintillating musical conversation with drummer Jimmy Macbride, the pair synching separately in the studio, pre-COVID lockdown. Roberts formed his own sax section by overdubbing horn parts, and laid down acoustic and electric bass lines before sending the music to Macbride for percussive embellishment. The results are organic and exciting, and Roberts’ playing and writing shine throughout. Sunny Latin groover “Little Room,” the fun but menacing “Harry Brown” and the soaring “Solar Panels” reveal the saxophonist’s versatility. Whether this method of recording is the way of the future or an artifact of the times, Stuff I Heard hardly suffers from social distancing.