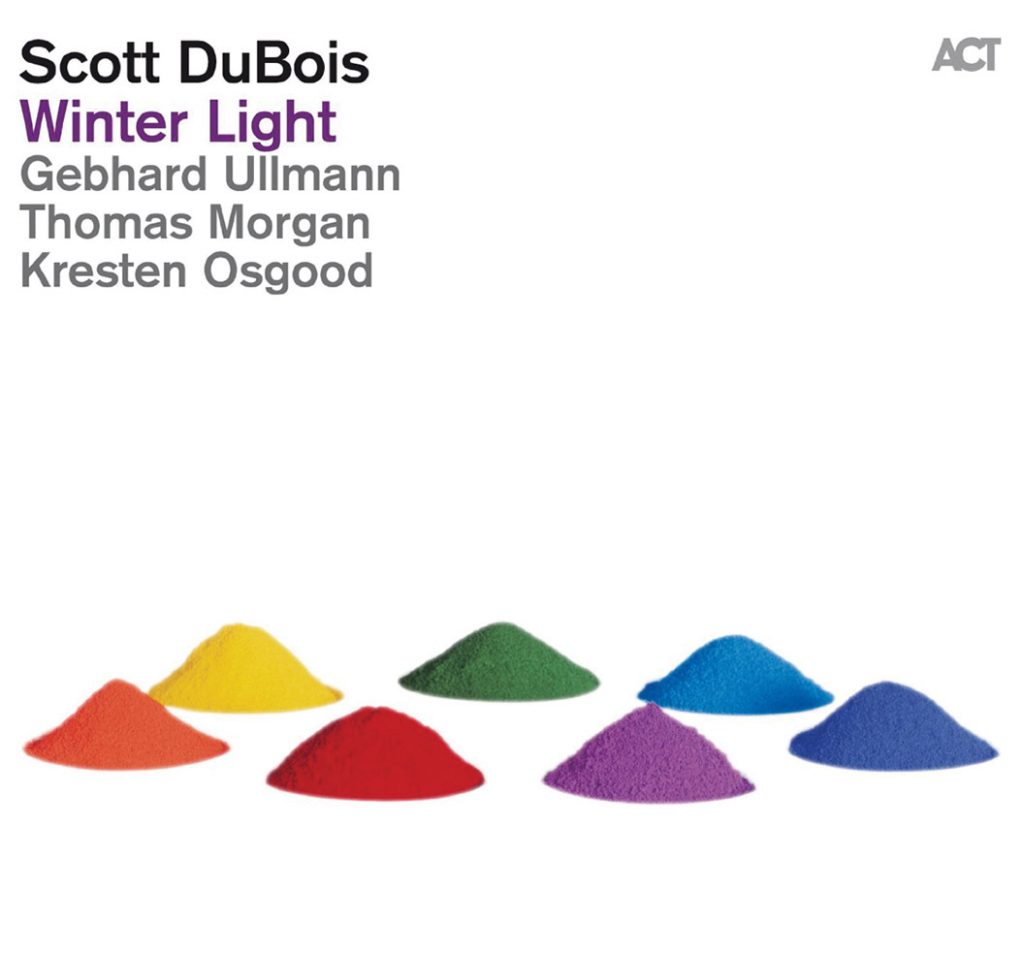 From Rembrandt to Monet, artists have long sought to capture the essence of natural light. Now, guitarist and composer Scott DuBois takes up this painterly and poetic task through sonic expression. For his latest album, Winter Light (ACT), the New York-based musician composed a suite that follows the arc of the sun — and its attendant effects on a wintry landscape — throughout the course of a day. He and his quartet thus seek to express the way light changes, and how it transforms all that it touches. From the creeping tendrils of dawn over a snowy expanse to brilliant sun illuminating a forest glen to the muted yet dramatic light filtered through an icy, foggy afternoon, DuBois and company paint vivid scenarios that eventually descend into nightfall. The guitarist receives eloquent support from expressionistic German reed player Gebhard Ullmann, on tenor sax and bass clarinet; bassist and fellow New Yorker Thomas Morgan; and Danish drummer Kresten Osgood. Each player provides compositional colors, as can be heard from the opening “First Light Tundra,” included here. The steely sparkle of DuBois’ strings are contrasted by Ullman’s resonant bass clarinet — while Morgan’s bass is similarly offset by Osgood’s cymbals — illustrating the play of light and dark in the hours between sleeping and waking. Recorded last January in Copenhagen, the album likely bears the wintry imprint of the Danish capital.