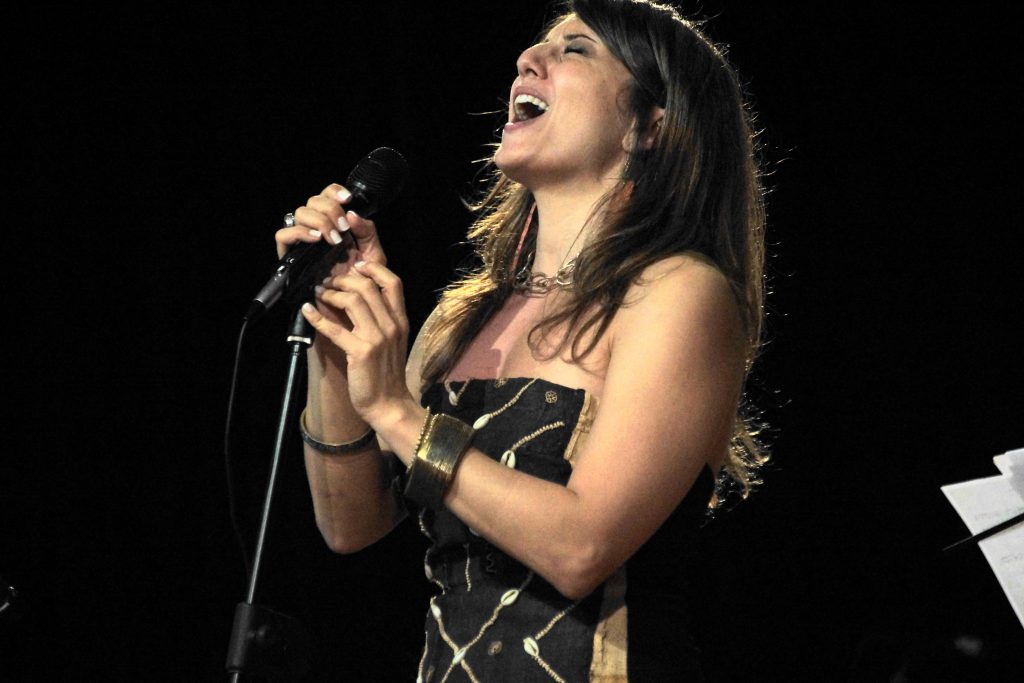 The 13th edition of the annual Panama Jazz Festival concluded its second day of performances, clinics and master classes with a surge of rhythmic energy and stylistic adventurism provided by alto saxophonist Rudresh Mahanthappa and his quintet. The Indian reedman did not disappoint those who had come primed to enjoy a set of incendiary, free-form music. Joining Mahanthappa in the front line was a festival revelation, 21-year old trumpeter Adam O’Farrill. Son of bandleader and pianist Arturo O’Farrill, the young musician has rapidly ascended to the top ranks of emerging trumpet talent. Staying mostly in the mid and lower register of his instrument, O’Farrill provided a lush harmonic counterpoint to the saxophonist’s flighty, high-pitched articulations.

The evening’s opening set featured veteran Panamanian saxophonist Reggie Johnson and an all-star, Panama City-based quintet. Johnson has been a fixture of the local jazz scene since the 1960s and delivered a warmly-received concert of jazz and Great American Songbook standards.

Earlier in the afternoon, vivacious Sicilian chanteuse Sissy Castrogiovanni impressed an SRO audience with her mastery of disparate idioms that ranged from flamenco and tango to Middle Eastern modes and classical references. Castrogiovanni floated effortlessly through octave-jumping scatting and vocalese forays. Her version of Chopin’s majestic Nocturne in Eb Major, for which she had written lyrics to honor her late mother, demonstrated the singer’s emotional range and precise sense of pitch. Special guest Marco Pignataro, a noted Italian saxophonist, sat in on several performances playing soprano.

Workshops drew hundreds of participants, from five year old pre-schoolers to senior citizens. Among the most popular were Barshay’s body percussion session and an enlightening demonstration and lecture by Panama native Nikki Campbell on the influence of the country’s Africa-derived population on its music, with particular focus on indigenous Afro-Panamanian rhythms and drums.