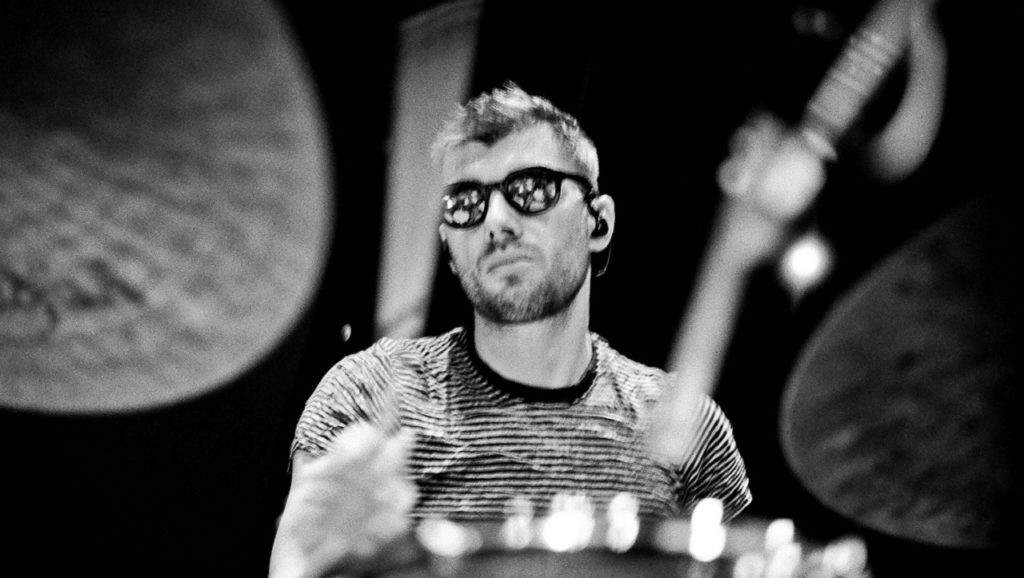 One Russian equivalent of the term “outside the box” — which is what Moscow-based drummer Sasha Mashin titled his debut leader recording — is the phrase “think unconventionally.” Both the literal and metaphorical usages apply to Mashin’s intentions on this kinetic date, on which he and his pianist and bassist of choice propel the flow for separate sets of original music by two of Russia’s most distinguished jazz exports: New York-based trumpeter Alexander Sipiagin and London-based alto saxophonist Evegeny “Zhenya” Strigalev. Call it global jazz with a Russian attitude.

With its hypnotic bass line and soaring melody, “Jazzmashin” shifts through various moods and meters but still maintains a dance-worthy groove. Mashin, a whip-smart drummer with a precise yet flexible feel, is a master at finding pockets of energy in unexpected places. Listen for his incredible fast-against-slow rhythmic mash-up toward the end of the song. It’s the definition of thinking “outside the box.”