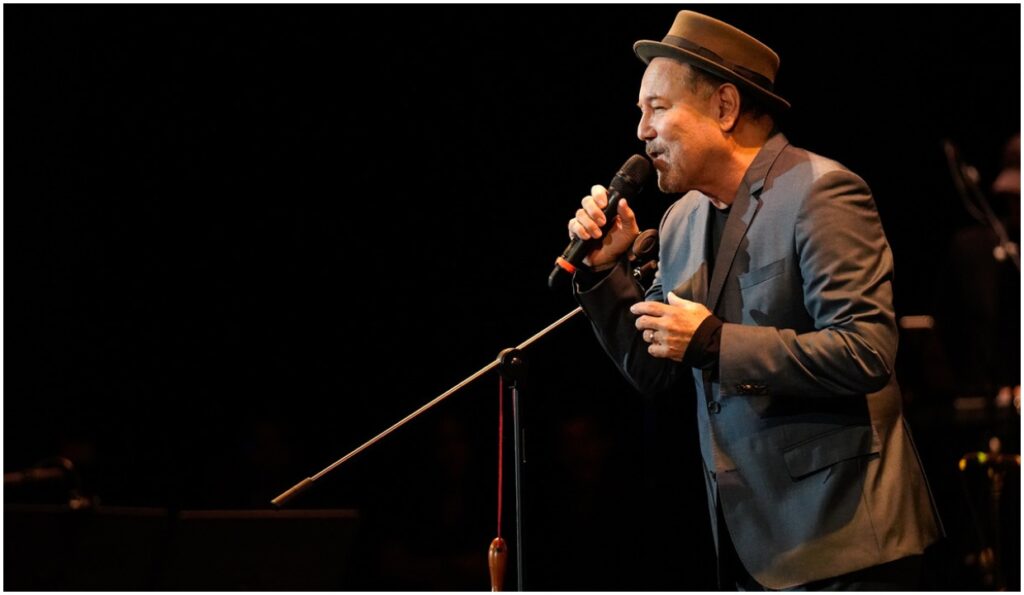 If you’re looking for some great new music to discover this weekend, look no further than our weekly New Release Cheat Sheet. This week, we bring you Judy Wexler’s jazz-pop take on an iconic ‘60s song of change, music from Rubén Blades’ new project melding salsa and jazz, and a live recording by singer/songwriter Norah Jones from her first-ever full-length live album.

Judy Wexler, “For What It’s Worth” [Song Premiere]

On her forthcoming album, Back to the Garden, vocalist Judy Wexler rediscovers and reinterprets ten iconic songs of love, hope and change from the ’60s, finding them just as relevant today as they were over 50 years ago. The program includes this soulful take on Stephen Stills’ iconic song “For What It’s Worth,” recast as a jazz-pop anthem for modern times by Wexler’s longtime collaborator, pianist Jeff Colella. Back to the Garden is due out on June 4 via Jewel City Jazz.

Pianist Taylor Eigsti has shared “Play With Me,” also featuring vocalist Becca Stevens and Gretchen Parlato. This is the third single from his forthcoming album Tree Falls that with its tracks ranging from a solo piano performance to ones with a full-on orchestral accompaniment reflect his many bandleading and compositional sides. Tree Falls is due out on May 21 via GSI and you can pre-order it here.

Oran Etkin released today his new single and video, “Barco,” recorded in São Paulo, Brazil, and featuring pianist Benjamim Taubkin along with bassist João Taubkin and percussionist Kabé Pinheiro. The single marks a continuation of the internationally-renowned multireedist’s Open Arms Project, a series of single releases recorded and filmed at multiple locations all over the world.

Rubén Blades melds salsa and jazz on his new genre-defying album, SALSWING! This collaboration with the Robert Delgado Orquesta was partly driven by his wish to “eliminate stereotypes in music that affirms we are conditions to only exist artistically within specific boundaries, according to our nationality.” The album will also be released in two separate editions, SALSA PLUS! on April 23 and SWING! on April 30. Order SALSWING! here.

Chicago-based trumpeter Marques Carroll presents listeners with a deep, spiritual exploration of the African diaspora on The Ancestors Call, out today via JMarq. This impassioned recording debut, guided by the voice of an unnamed elderly man representing Carroll’s African-American ancestors, is arranged in eight narratively ordered sections performed by a tight-knit quintet. One of these parts is the rousing ensemble piece “Assemble the Enlightened,” which you can hear via the player below and that prominently features improvising from Carroll, saxophonist Brent Griffin and pianist Arm Fahmy. Order The Ancestors Call Here.

‘Til We Meet Again is singer/songwriter/pianist Norah Jones’ first full-length live album ever, featuring performances recorded in various parts of the world between 2017 and 2019. The 14-tracks featured on the record span her entire career from her 2002 debut Come Away With Me and culminates with a solo piano performance of “Black Hole Sun” in tribute to the late Chris Cornell. Pre-order ‘Til We Meet Again here.