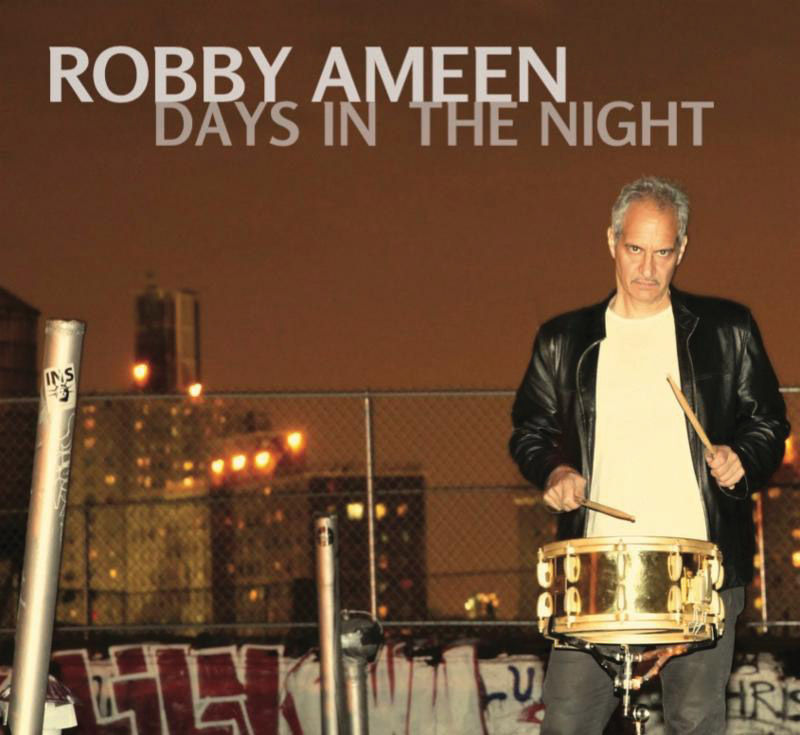 Robby Ameen Days in the Light (Two and Four)

Cerebral, impressionistic music makes up so much of the recorded jazz output these days. So it’s a stone-cold gas to hear cats just blowing, as they do on drummer Robby Ameen‘s Days in the Light (Two and Four). Of course, structure and thoughtfulness run throughout the nine tracks, which feature combos from octets to duos — Ameen’s three duets with saxophonist Troy Roberts are alone worth the price of the disc. But pure, visceral joy is on abundant display. The New York-based Ameen, who’s worked with Ruben Blades, Dizzy Gillespie and Eddie Palmieri among others, unleashes a torrent of torrid Latin rhythms. The set offers fresh and exciting takes on a few jazz classics, as well as original compositions that showcase the drummer’s mastery of Afro-Caribbean styles. Ameen rounded up a band of ringers: saxophonists Roberts and Bob Franceschini, trombonist Conrad Herwig, pianist Manuel Valera, bassists Yunior Terry and Lincoln Goines and conguero Mauricio Herrera. Valera lays down the rhythmic vamp at the start and the heart of “The Pursuit,” our selection, before Ameen jumps in with his quick sticking and Herrera ups the intensity with fevered conga bopping. Herwig and Roberts play sizzling unisons and contribute exciting solos, and Valera spurs the ensemble to a thrilling finish.