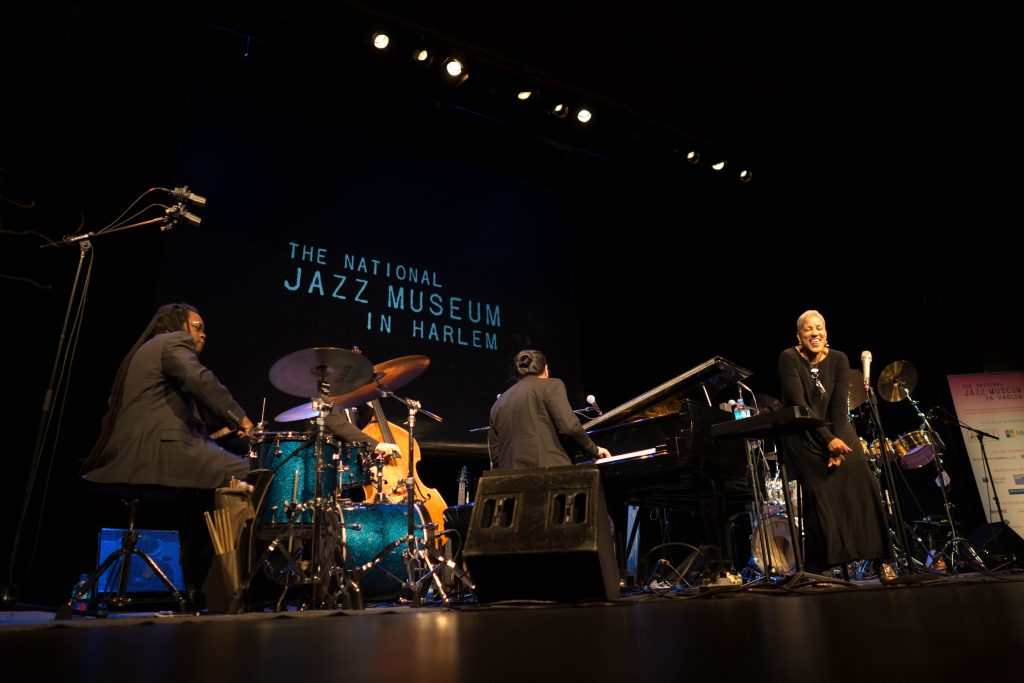 The 2016 Annual Benefit Concert for the National Museum of Jazz in Harlem was a splendid affair, a celebration of the museum’s advancements, as well as a joyous opportunity to both honor and appreciate some special personalities in jazz. There was also proud recognition of the museum’s new home on the corner of 129th Street and Malcolm X Boulevard.

On this night, the museum’s mission was made vibrant. Rhonda Hamilton, host and producer of WBGO Midday Jazz, acted as the master of ceremonies. In echoing her own shared mission of preserving and presenting jazz, Hamilton noted the art form’s “unifying force,” adding that our world could use more of such an influence. With this gesture of positivity, Hamilton introduced vocalist René Marie.

As always, Marie’s personification of jazz was contagious, her smile gleaming as she shared some music from her newest album, Sound of Red. Marie was able to share three songs, with John Chin’s work on the grand piano standing out.

Two members of the jazz community were honored after Marie’s performance: Roy Haynes (Legends of Jazz Award) and Kenneth Knuckles (Jazz and Community Leadership Award). Voza Rivers presented the Legends award to Haynes, who rested his award proudly over his shoulder before singing a couple verses of Kenny Roger’s “The Gambler.” Lloyd Williams presented Knuckles with the Leadership award, citing his prominent work with the Upper Manhattan Empowerment Zone.

Monty Alexander and the Harlem-Kingston Express closed out the night. Obed Calvaire and Karl Wright’s drumming were in full force, and they clearly provided the musical highlight of the evening. In honoring Muhammad Ali, Alexander recalled skipping out on gigs to watch the late boxer fight. Thankfully, the Harlem-Kingston Express offered a lengthier set, going through renditions of “No Woman No Cry” and “Day-O (Banana Boat Song).” Alexander’s seamless synthesis of jazz trio with a reggae combo was a very appropriate headline act for this occasion: a presentation of the unifying force of jazz, a preservation of a cultural hybrid.

(words by Will Daly)