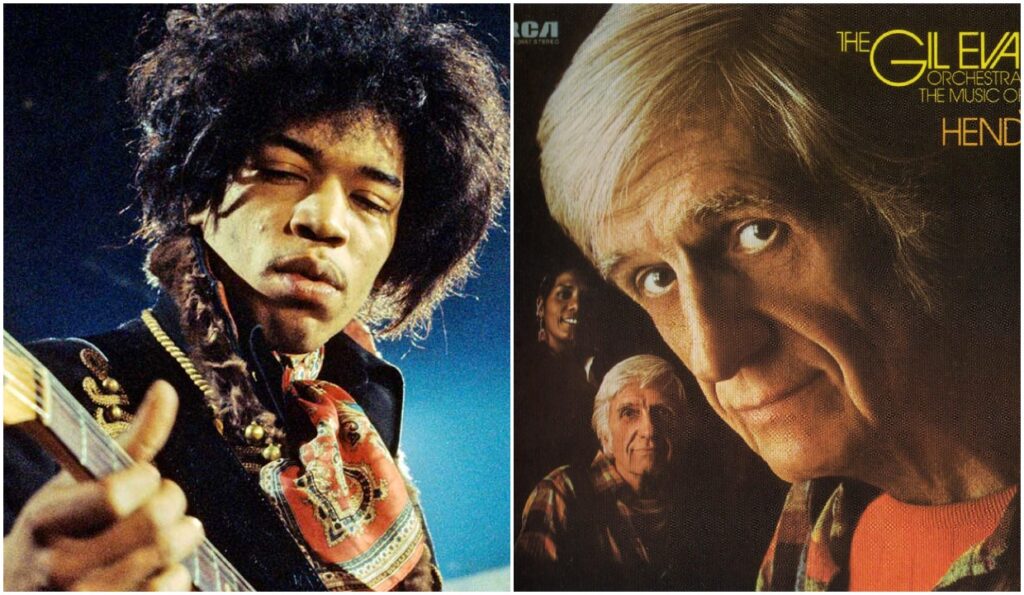 This past Friday, we remembered the 50th-anniversary of the passing of guitar hero Jimi Hendrix, widely regarded as one of the most influential music artists of the 20th century. Throughout his relatively short but intense recording career, he not only managed to extend the boundaries of rock music but also influenced all other musics, including jazz. Shortly before his death, he had even shared an ambition of his that was sadly never fulfilled due to his tragic, early passing. “I want to lead an orchestra with excellent musicians,” he said. “I want to play music which draws pictures of the world and its space.”

In the months prior to his passing, Hendrix had even been slated to record with master orchestrator Gil Evans. The project, sadly, never materialized. However, four years after the guitarist’s death, Evans released The Gil Evans Orchestra Plays the Music of Jimi Hendrix that, as its title suggests, features big band renditions by Evans and his orchestra members of some of Hendrix’s compositions. Its version of “Voodoo Chile,” one of Hendrix’s signature songs, was arranged by multi-instrumentalist Howard Johnson. His tuba ingeniously replaces the immortal sound of the simple riff on the wah-wah pedal of the original version.