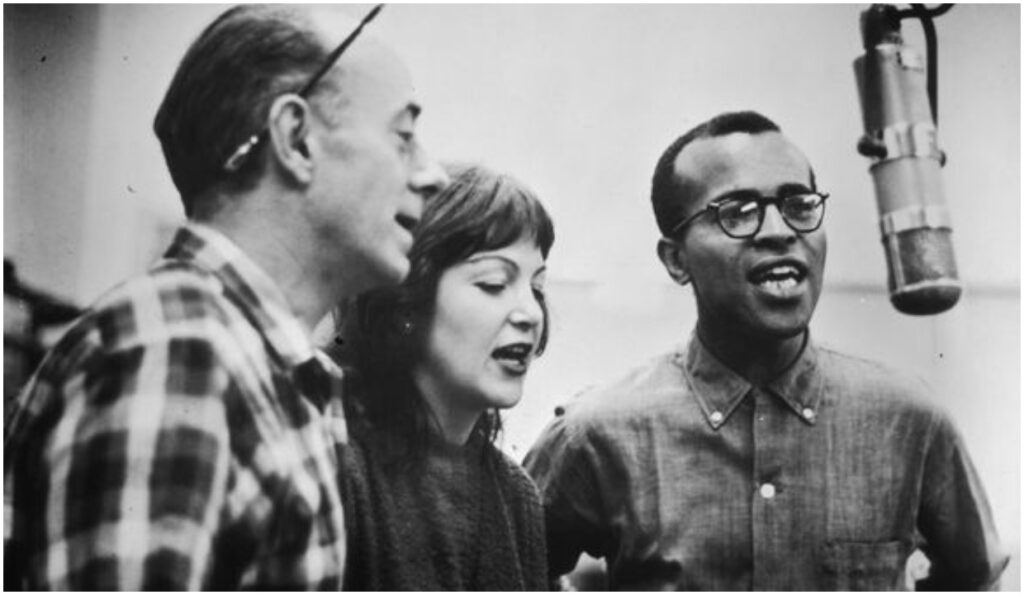 NEA Jazz Master Annie Ross passed away on July 21, 2020, just a few days shy of her 90th birthday. The singer/songwriter/actress was born in London, though her family moved to New York when she was just four years old. She was the daughter of vaudeville performers and already worked within show business as a child. At age 14, she won a songwriting contest that further opened the doors to a career in music. Ross is celebrated today as a pioneer of the vocalese style and particularly well-known for her work with Dave Lambert and Jon Hendricks.

Between 1957 and 1962, she recorded seven albums with Lambert, Hendricks & Ross, and contributed several of her own compositions to the group’s repertoire. These include “Twisted,” which she originally wrote in 1952 and had set to a tenor saxophone solo of the same name by Wardell Gray that was recorded in 1949. An upbeat version of this song was included on Lambert, Hendricks & Ross’ self-titled 1960 album, also known as The Hottest Group in Jazz.

The Royal Bopsters’ Amy London: Keeper of the Vocalese Flame