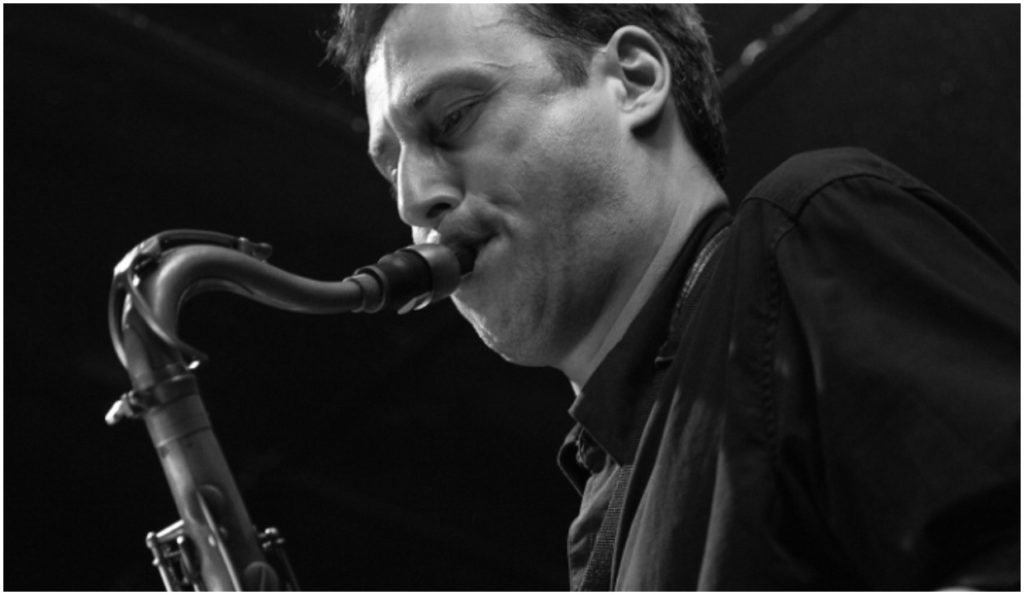 Saxophonist-composer Quinsin Nachoff commissioned six filmmakers to create visual works for the six tracks from Path of Totality, his new album with his band Flux, out on February 8 via Whirlwind Recordings. Director Lee Hutzlak’s video for “Bounce” is the first of these to be unveiled. Watch its premiere via the player below.

The compositions on Path of Totality lend themselves well to creative visuals, and his innovative, genre-eclipsing ensemble – including core members saxophonist David Binney, pianist Matt Mitchell, drummer Kenny Wollesen and the new addition of multi-instrumentalist Nate Wood – employs a vivid palette of musical colors to create something that is consistently surprising, morphing the album’s shape from moment to moment over the course of its six epic-length pieces.

For this audiovisual project, Nachoff asked each filmmaker to create artistic responses to miniature versions of individual tracks from the album. He provided each filmmaker with the background inspiration for the piece and gave them a lot of freedom in their approach. “I wanted to do something different than a music video and I’ve always loved animation and film,” he says via a press release. “It’s been fascinating to see how each [filmmaker] interprets the music – both the differences and similarities!”

Hutzlak’s videos are often companion works of art that use composition, movement, light, color and texture to echo elements in the music. His video for “Bounce” reflects the piece’s percussive outbursts and thrilling call-and-response built on the mathematical model of a bouncing ball.