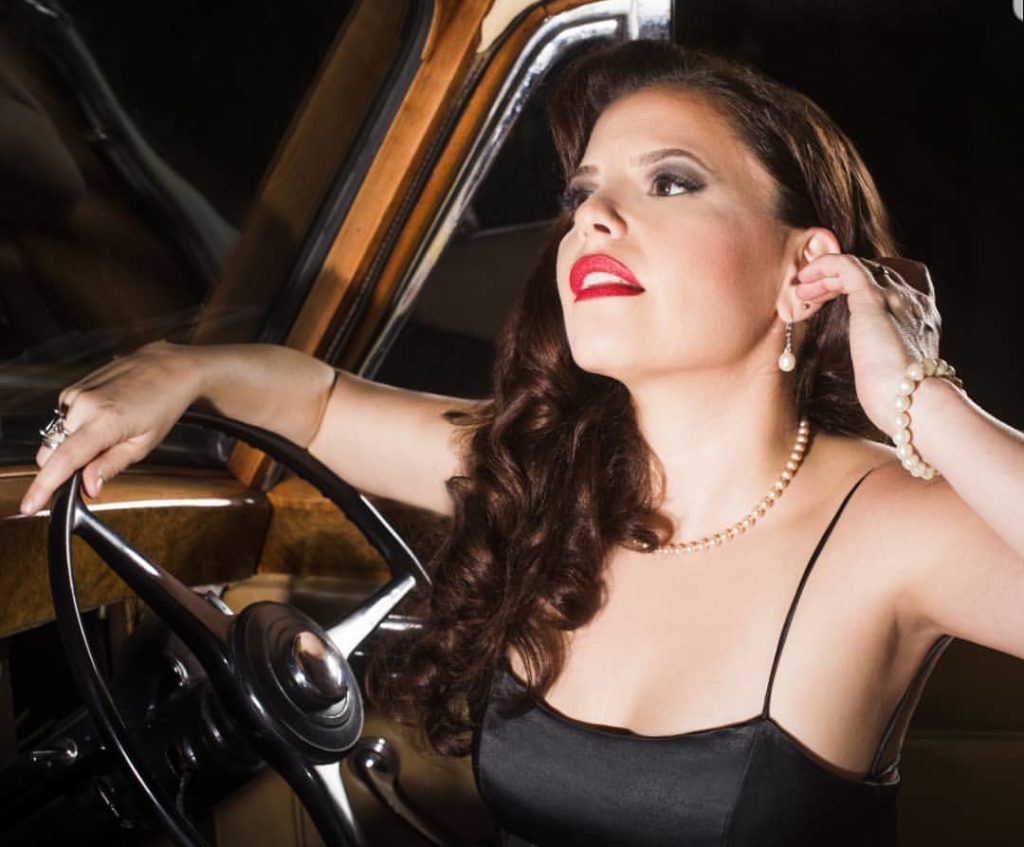 Frequently found in venues on Miami Beach, Yamit and the Vinyl Blvd. have been playing a style of retro jazz perfectly suited to the Art Deco District. Israeli-born, Toronto-raised vocalist Yamit Lemoine boasts a sultry Billie Holiday-influenced singing style that perfectly conjures the classic-jazz era, as does her violin playing. She also wisely surrounds herself with some of the area’s top talents.

On the group’s debut recording, Ain’t Misbehavin’ (Blue Tiger Music Group), they present a program of standards from the Great American Songbook, including the Fats Waller title song, the World War II perennial “I’ll Be Seeing You” and the Lady Day classic “Them There Eyes.”

JAZZIZ recently spoke to Lemoine about her background in jazz and musical theater, her approach to audio engineering and her lifelong passion for the music of Broadway. The following excerpt has been edited for length and clarity.

Tell me about your musical background.

My mother is a Russian-trained classical violinist. She moved to Israel at 18, and she played with several orchestras in Israel. She started teaching me violin when I was five years old; everybody in my family had to play an instrument. At some point, I also began to study piano.

I pretty much grew up in a conservatory, the one where my mom taught. For me, if it wasn’t violin lessons, it was choir practice, or string trio or all kinds of different ensembles. Even before I started playing, when my mother was teaching and somebody couldn’t watch me at home, I would just hang out in her classes. 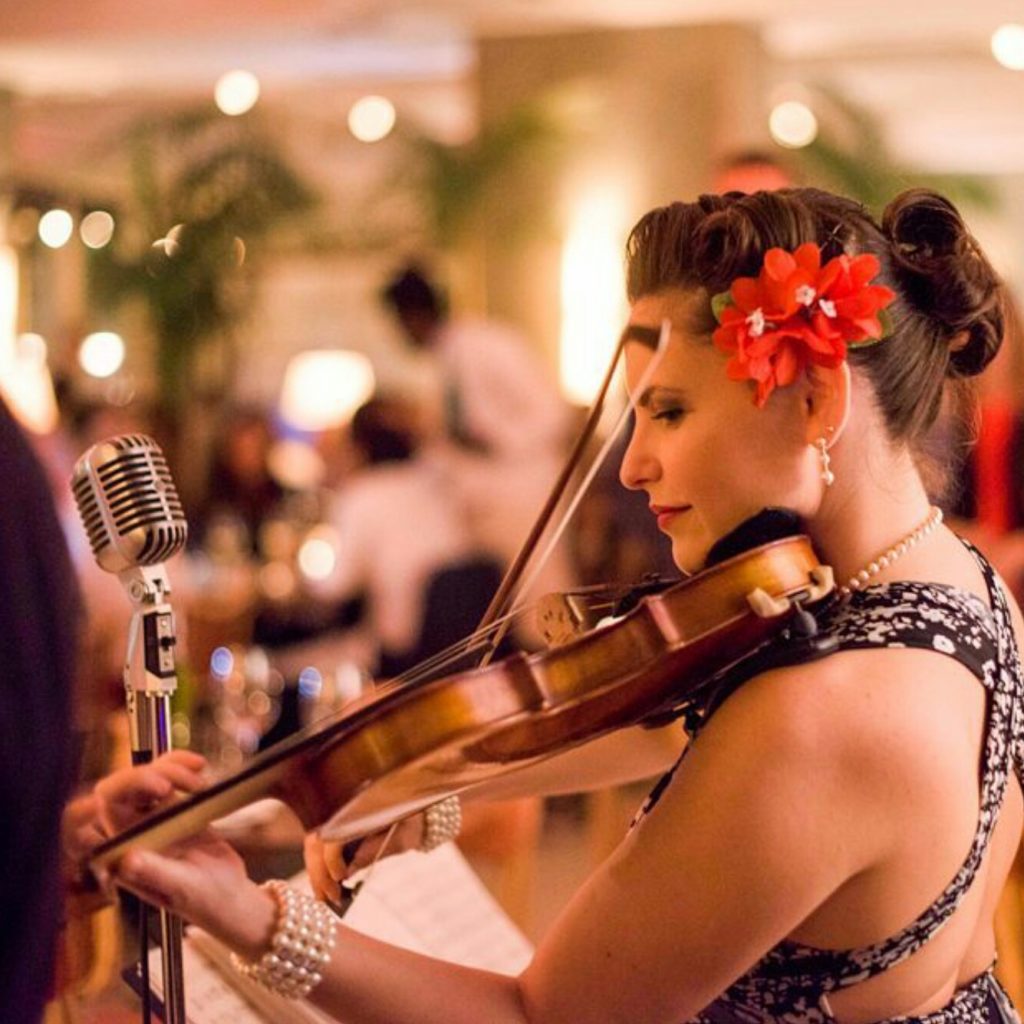 When did you catch the jazz bug?

Listening to music growing up, I remember I used to look at the credits, and my favorite songs were always the ones that had completely different writers. So — don’t laugh — but I would listen to Michael Bolton, and my favorite song on his album would be “Georgia On My Mind,” and I thought it was interesting that the writer of the song was Hoagy Carmichael, and not Michael Bolton. The same for Rick Astley. He would always have one tribute to the Great American Songbook on his albums, and the one I really liked was “When I Fall In Love,” by Victor Young.

I dug some more and inquired and found out that these were Great American Songbook standards.

Who are some of your favorite interpreters of the Great American Songbook?

It’s hard to choose, but I love Billie Holiday for the way you can hear her heart in her voice. That’s always deeply touched me. For me, the way Ella has so much fun with every song. She can take a children’s tune like “A-Tisket, A-Tasket”  and have so much fun with it. And Dinah Washington, the quality of her voice is just so strong and in your face. She just really takes command of what she does.

I understand that you had to overcome some hurdles early in your musical career.

Yes, I went to York University in Toronto for two years. I took a double major in theater and music. When my parents realized that I wanted to turn music into a profession, and that I wanted to move to New York, they decided to stop supporting me completely. They gave me a choice of doing something more financially secure or moving out. If I was really serious about going after the music, I would have to be on my own. Which I did! I never want to live in regret. I go after what I need to go after, because if I don’t, then it doesn’t make me feel good. I think at the end of the day we all have one life to live and we need to focus on things that make us happy. But it made me stronger and more resilient. One of the promises that I made to myself was that if I had to get a “job-job,” it would always be affiliated with music or theater.

One of the first jobs I got was at a musical instrument shop in Toronto. I got to learn about a lot of musical instruments and got to meet a lot of working musicians in Toronto. That got me gigging more. And then when I had enough money, I moved to New York and got a sponsorship to teach music at Park Avenue Synagogue. I was teaching Hebrew music there. And I was gigging in New York as well. I came to visit a friend of mine in Miami, and it was there that I met my husband. And we got married a month and a half after we met.

And it was in Miami that you started recording your new album, Ain’t Misbehavin’? 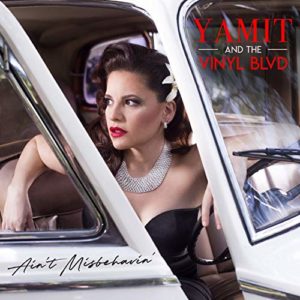 We started recording the album about three years ago, but it took a while for me to finish recording the album. We recorded the rhythm section first, and because I was so busy, I would go into the studio on Mondays, and I would listen to what we did, make notes. The following Monday I’d come back and continue recording, making little changes. I got a degree in audio engineering from SAE Miami, and as an audio engineer, I’m very meticulous about the way things are recorded. Mind you, I didn’t do much studio magic, but for me, the goal with the album is that it sounds like the best live show. And I feel that it does.

How do you know when a song is “just right”?

I listen for the magic. It sounds cliché, but when you listen to a take, there are going to be some that make your heart jump a little. I wanted my album to be the most concentrated form of that.

Are there any songs on the new album that began to take on new meaning as you worked on them?

There was one tune, “I’ll Be Seeing You.” The Sunday before I was supposed to record it, I had lost a really good friend of mine. He died suddenly of a heart attack. And I sang that song for my friend. And when you listen to it, you can hear that. When you’re a musician or an actor, when you go into a song, you get into a character, and it really helps to bring out that magic. It’s about how you’re making people feel when you’re singing that song. So recording that song was so authentically sad that I think it came out kind of haunting, which is how I wanted it to come out.

One of the challenges of recording a program of Great American Songbook standards is making them feel fresh while at the same time staying true to the tune’s origins. How did you accomplish this on your new album?

Well, I love what we did with the tune “Summertime,” because I like that we do it as a bossa. I think that makes it refreshing. But at the same time, I try to keep that authenticity to the Great American Songbook and that period that I love. “Is You Is” came out kind of sexy, kind of saucy, and that’s a new vibe I was going for. 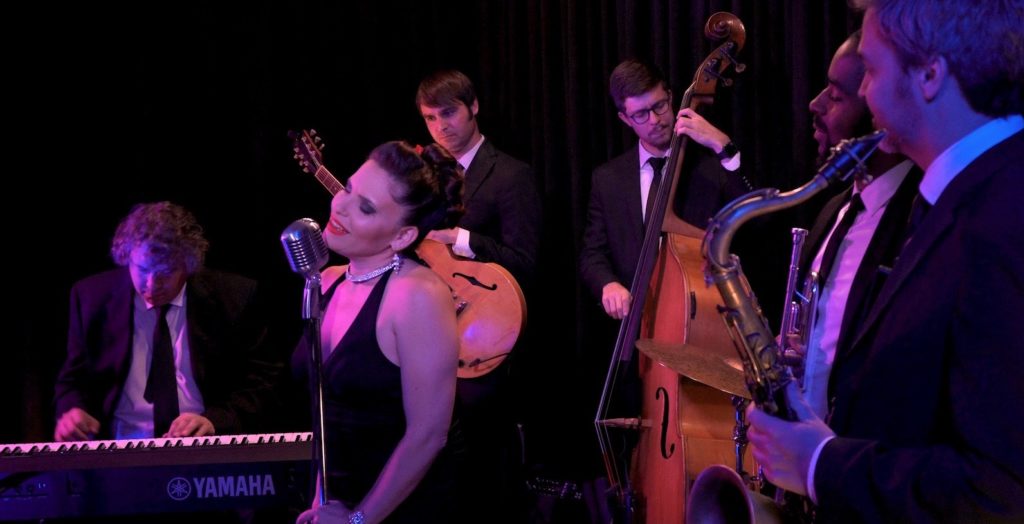 There’s also “Them There Eyes,” which is very fun, very bouncy. I love doing Gypsy jazz at my shows. The minute you start doing Gypsy jazz, it’s like you put a spell on the audience. You just see their shoulders moving.

Do you feel like your background in musical theater helped bring a spirit to these songs?

So many of the songs from the Great American Songbook come from Broadway. They come from shows, they have contexts. And a lot of time, that context isn’t necessarily brought into the performance space. Jazz, as anything would, has morphed over the years. Evolution is a beautiful thing, but what I personally love to perform is specifically material from the 1920s through the 1960s. There’s a certain quality to the lyrics and melody of that material that I just really love and relate to, and love to honor in the way that it was written. When I perform a song I truly relate to, I can bring out that character, that song’s personal purpose. I can bring out that magic, so it’s not just lyrics and music.

For more information on Yamit Lemoine, including upcoming performances, visit the artist’s website.