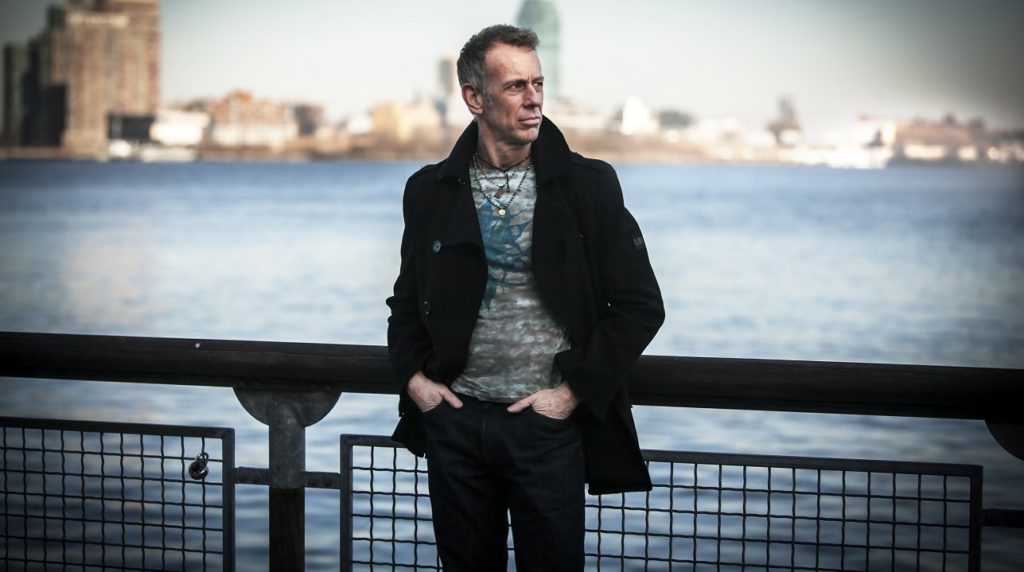 In the world of contemporary jazz vibraphone, few names ring louder than Joe Locke’s. Endowed with impeccable technique and a gift for melodic storytelling, Locke launched his career in the early ‘90s as a sideman for jazz stalwarts like George Cables, Eddie Henderson and Freddy Cole, but his improvisational ingenuity and penchant for harmonization — both musically and socially — quickly made him one of the most sought-after vibraphonists of the decade.

After working with artists as diverse as Grover Washington Jr. and The Beastie Boys, Locke would go on to blaze his own trails as a leader, recording a series of outstanding albums for the Danish label SteepleChase up through the new millennium, including a tribute to the music of Henry Mancini and a duet with pianist Kenny Barron.

Future projects found him excelling in multiple veins, from straightahead work with Diane Reeves and Chick Corea to orchestral projects with the Royal Academy of Music. He was even selected as a duet partner for a series of concerts in Italy with avant-garde pianist Cecil Taylor.

Locke’s facility with disparate styles owes to his upbringing. A child of the ‘70s and the son of educators, he was exposed to art that ranged from high-brow to pop – listening to both Brahms and B.B. King and reading everything from Romantic poetry to Rolling Stone. Recently, Locke has been exploring these musical and literary influences in depth, approaching them from angles of intellect and emotion. For example, his 2015 release Love Is a Pendulum on Motéma Music included an original five-movement suite based on the poetry of Barbara Sfraga, mixing abstract lyricism with complex musical theory. His 2013 album Lay Down My Heart: Blues & Ballads Vol. 1, meanwhile, consisted of traditional blues and pop covers selected for their emotional potency and universal relatability. 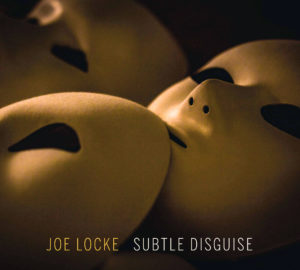 In many ways, Locke’s latest record, Subtle Disguise (Origin), resides at the midpoint of his two previous albums — halfway between the heart and mind. Its program includes literary-leaning compositions about politics and art, as well as covers of classic Americana and blues tunes by Bob Dylan (“Who Killed Davey Moore?”) and Blind Willie Johnson (“Motherless Child”). Looking back, Locke reflected that the program reminded him of his childhood, when he appreciated music not for its virtuosity or historical significance but for its sense of truth and authenticity.

“I’ve always felt like great music can make you think and dance,” he said in a phone interview with JAZZIZ. “The music on my latest album will hopefully make you do both.”

Subtle Disguise was released in November 2018 and features Jim Ridl on keyboards, Lorin Cohen on bass and Samvel Sarkisyan on drums, with special guests Adam Rogers on guitar, David Binney on alto sax and Alina Engibaryan and Raul Midon on vocals.

The interview below is an excerpted version of JAZZIZ’s conversation with Locke, which took place in shortly after the album’s release.

You’ve said that the mission of your new your new album is to fuse the heart and the mind — the literary and the vernacular. I hope you don’t think I’m too much of a nerd for saying this, but that mission reminds me of what Dante Alighieri did for poetry.

Brian, my father would love you for saying that! (laughs) He was a Dante scholar! My sister Beatrice was actually named after Dante’s muse.

That’s incredible! I was really just taking a shot in the dark. I promise, that was not in my research notes.

Unbelievable, man. But yeah, that was definitely an influence. I came from a family that appreciates words, so inspiration came from lots of places – Dante included. But sometimes it’s just a word or a turn of phrase. There’s a song on the new album called “Safe and Sound at the Edge of the Milky Way,” and that whole song was composed from a line in the movie Orphans with Albert Finney. When I heard Albert Finney’s character utter that phrase, it was like — bam! I went to the piano and the song just poured out. Words are definitely the life force of my writing. And a lot of that had to do with the fact that I came from a father who was a Dante scholar and a mother who was an educator.

Were your parents musical?

My father was not a musician. But he loved music to his core. I would come home from school growing up, and he would usually be listening to either a Mahler symphony or Bach cello suites. One night he listened to Sgt. Pepper’s Lonely Hearts Club Band 12 times back to back. I remember falling asleep with my father listening to Gregorian chants downstairs.

My mother was the product of a Boston Catholic education, and when she was a girl, one of the things you learned to do — along with learning Latin or French — was to play the piano. When I was a little boy I told her I wanted to play the drums, and she said, “I’ll get you a drum set, but if you’re going to play the drums, you need to take piano lessons.” And the first lessons I got were from her. That was really prescient on her part, because it gave me the foundation to my career as a musician.

How did jazz work its way into the equation?

I kind of came to it from rock. I had an older brother who was really into rock at the time. So by the time I was 7 or 8 years old I knew bands like Blind Faith and Procul Harum and The Band, the Electric Flag, Led Zeppelin, Santana — all that great music that was coming out during that time. So that was kind of the gateway. Because, for example, Harvey Brooks, from Electric Flag, also played with Miles Davis. So it was like, Well, I guess now I have to check out Miles. So like a lot of people of my generation, we kind of went backward to discover the sounds of real acoustic jazz. I was listening to Weather Report and then discovered that Wayne Shorter played with Art Blakey, so I discovered Art Blakey by moving backwards.

Really, two of the most pivotal albums for me were The Band’s eponymous album and Let Freedom Ring by Jackie McLean. On paper, that looks kind of schizophrenic. I mean, you got Robbie Robertson and Levon Helm on one hand and then you got Jackie McLean on the other hand. But for me, the commonality was that both of these were amazingly honest albums, consisting of amazingly honest music. There was no artifice whatsoever, so I saw them as kind of the same thing. So whether it was “King Harvest Will Surely Come” or McLean playing “I’ll Never Stop Loving You” — they were both dipping into the same well.

Honestly, I’ve never thought of this until now, but listening back to my new album, I’m realizing that I’m constantly dipping back into that well. Sometimes I bring up roots rock influences, other times I pull up Bud Powell and Bird. Sometimes I pull up John Fahey, then I’ll pull up Jan Garbarek and Blind Willie Johnson. It goes back to that thing of seeing The Band and Jackie McLean as not at odds with one another. I think you can still hear that with Subtle Disguise.

Did your bandmates on the album share that sensibility?

Absolutely. Raul Midon, one of the vocalists, comes from the pop world. He’s really into R&B and roots rock and the blues. But he can also play Coltrane’s “Giant Steps” in all 12 keys on the guitar. I mean, he’s deeply into jazz. On the other side of the coin, Adam Rogers, who’s known for having this deeply intellectual rigor in his jazz playing, can also just shred like crazy. The cats on this album have internalized the entirety of American music.

One of the songs on this album, “Make Me Feel Like It’s Raining,” comes from a quote by vibraphone legend Bobby Hutcherson. He was describing the way music can leave an emotional and physical impression on a person. How big of an influence did he have on your career?

He, uh, … wow, now I’m gonna get choked up (laughs). He had a profound influence on my playing, but more than that, Bobby had a profound influence on me as a human being. He was an absolutely lovely person. I remember this one time, I couldn’t attend a tribute to him at Birdland — and this tribute was while he was still alive, which was lovely— so I wrote something for someone to read. I wrote about how, after all the hours I listened to him, after all the concerts I attended, it was only after getting to know him that I realized I would have loved him even if he had never played a note. All of that music that I loved so deeply was just a reflection of the person making it.

How did you first get into the vibes? What’s your history with the instrument?

This is kind of a joke, but it’s also kind of true: My mother wanted me to play the glockenspiel in the marching band.

But seriously, she saw an ad for a vibraphone in the newspaper and bought it for me, thinking it was a glockenspiel. It was like $400, which was amazingly cheap. I put it in my room and didn’t touch it for a year. I didn’t know what to do with it. I piled books and dirty clothes on it. Then one rainy Saturday when I was bored out of my mind I decided to take the books and dirty clothes off and play it. And that rainy Saturday changed my life, because I never stopped after that.

I want to touch on two tunes here that seem related: Bob Dylan’s “Who Killed Davey Moore?” and the Blind Willie Johnson’s “Motherless Children.” You obviously have a deep reverence for Delta blues. What about it speaks to you?

Just the honesty, man. The lack of artifice. There’s something about it that speaks to us from a place of truth. And I think part of that truth is that the things that bring us together as people aren’t our accomplishments. It’s our failings, our pain, our suffering, our heartbreak. Our accomplishment actually differentiates us from one another. Our feeling of sadness unites us. We can all identify with each other in those places. And that’s what the blues is. When we find each other in places of pain, we don’t feel alone anymore.

The song “Rogues of America” touches on the current political climate and what it means to make art in America today. How do you perceive your role as an artist against the backdrop of politics?

As jazz musicians, we are reporters in the field. But we are also historians, and if you know where this music came from — from the oppression of slavery, the violence against people of color in this country — and if you understand how it grew from the mud, like a lotus, then it can be mindboggling to see what’s going on in the country right now and the attitudes some people have to those who are marginalized. So our job as artists is to continue to imbue music with meaning. Because if jazz doesn’t mean anything, only then can you say that it’s dying. Until then, it’s very much alive.